Glucose is made of carbon, oxygen, and hydrogen atoms.

Glucose is an organic compound composed of only three elements: carbon, hydrogen, and oxygen.

You can determine how many atoms of each type form a glucose molecule by looking at glucose's molecular formula, .

Ths ubscripts each type of element has in the molecular formula will tell you how many atoms each contributes to the molecule. In your case, every molecule of glucose contains 6 carbon atoms, 12 hydrogen atoms, and 6 oxygen atoms. Here's how a glucose molecule looks like 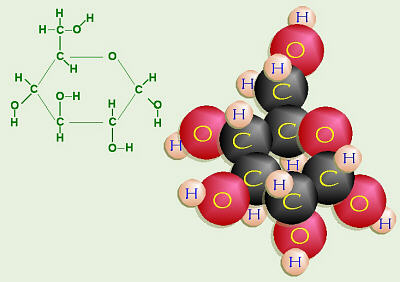 Five of the six carbon atoms and one of the six oxygen atoms form a ring structure. The remaining carbon is attached to one of the carbons that are next to the ring oxygen. 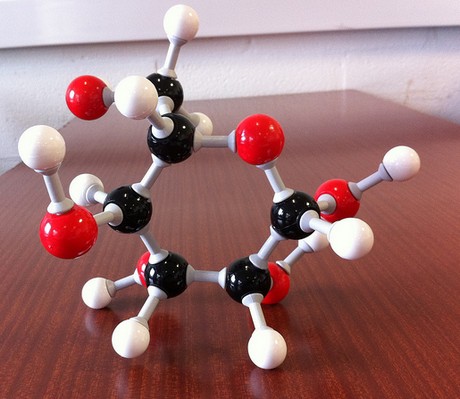 2886 views around the world