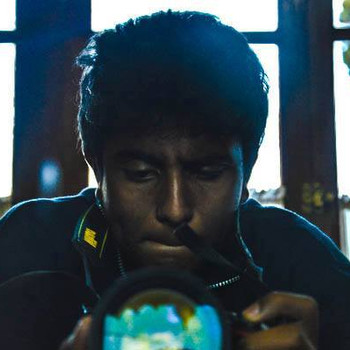 Water isn't always in its purest form. That is why the boiling and melting point of a substance vary when impurities are present.

For instance, we can try two tests. First we can freeze some normal water in a freezer and freeze some boiled water along with it.

Keep it in for a long time and take it out. You'll notice that the ice cube made with boiled water is almost transparent and not foggy like normal ice cubes are. Boiling clears out impurities. Impurities generally do not have to mean harmful substances but could also be chlorine or other substances added to kill germs, etc.

Hence an air bubble in boiling water would look brighter, as has less impurities, allowing more light to pass through it. Even though the air in it is impure, the medium it is around is more pure.

335 views around the world