That's the equation that describes the splitting of water.

in which a single compound is being broken down into two or more new compounds (or elements) are called decomposition reactions.

In your case, you're dealing with the decomposition of water, which is usually referred to as the splitting of water.

Word equations simply decribe what's going on in a chemical reaction. In this case, you would say that

You don't need to include stoichiometric coefficients in word equations, so you don't have something like two water molecules are being separated into two hydrogen molecules and one oxygen molecule. 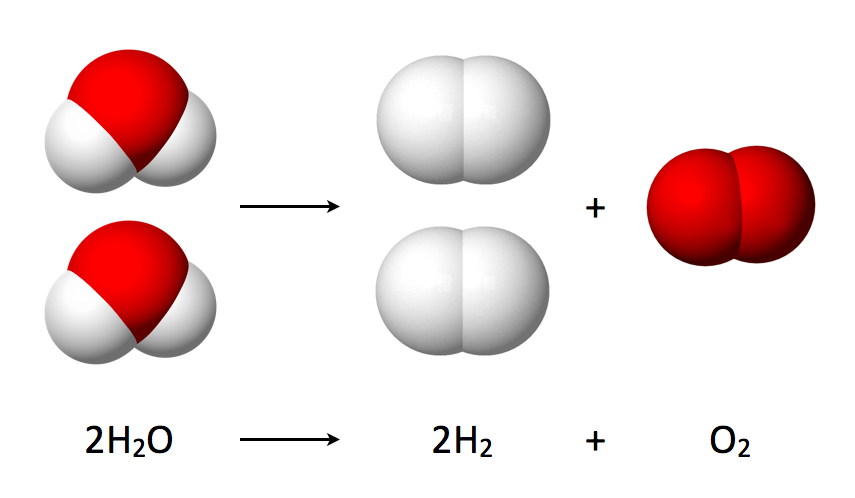 6535 views around the world