Because there are fewer gas molecules at higher altitudes.

Atmospheric pressure is simply the force with which the molecules of gas that make up the air push down on a surface area.

Let's say that you start at sea level. If you draw a square on the ground of , essentially creating a surface of , then the force with which all the gas molecules that are above this surface press down on it will give you atmospheric pressure.

The more molecules of gas you have above your surface, the greater the force with which they press down on it.

More specifically, the force I'm referring to is actually the weight of the molecules.

If you move this square at a height of 100 km, you will find that the pressure you measure on it is much smaller than what you had at sea level.

That happens because there are fewer molecules of gas at higher altitudes. Once again, gravity is to "blame" here. 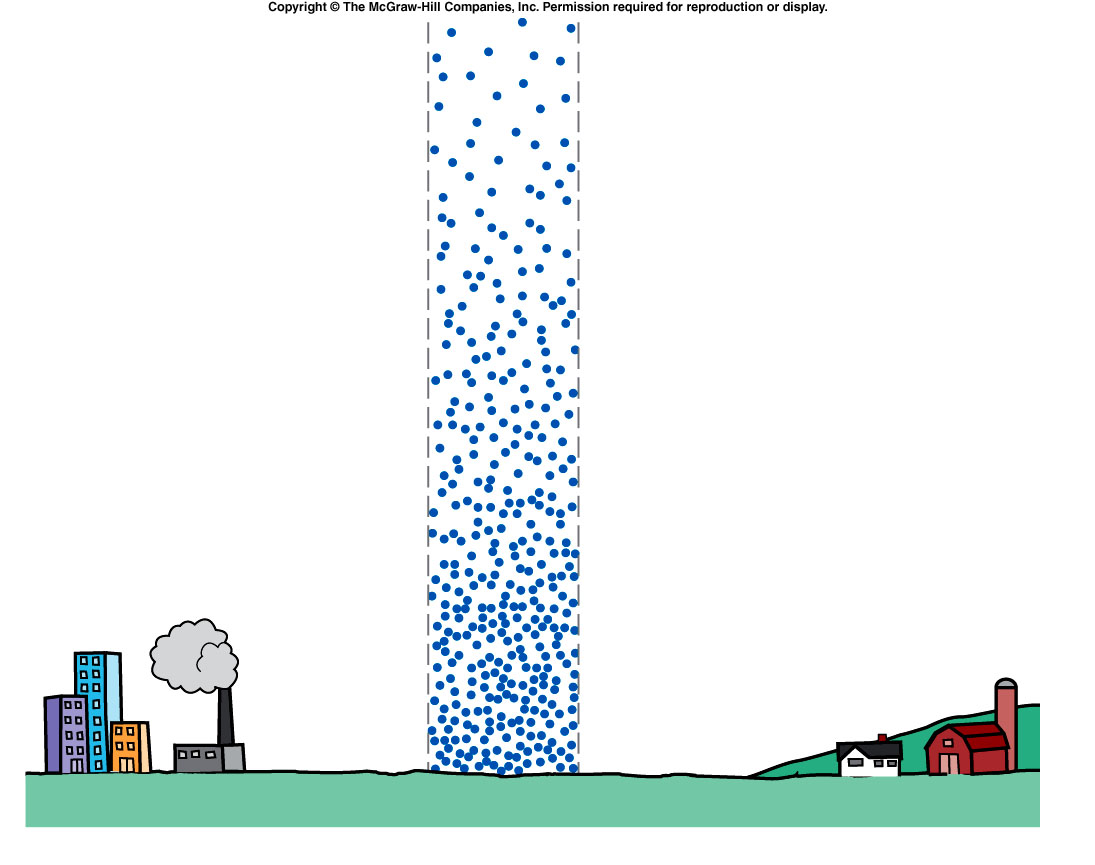 Most of the gas molecules are held close to the surface of the Earth by gravity. As you move away from the surface, you will find fewer and fewer molecules of gas, which means that the force with which they can press down on a surface decreases with increasing altitude.

Think of it like this - if fewer molecules are above your square, then they will weigh less. Since pressure is defined as force per surface are, a smaller weight of the column of air above the surface square results in lower pressure.

See all questions in Atmospheric Pressure

5342 views around the world