An experiment performed by Robert Millikan.

Millikan determined the charge on an electron with this experiment. He put a charge on a tiny drop of oil, and measured how strong an applied electric field had to be in order to stop the oil drop from falling. If we analyze the experiment step by step; 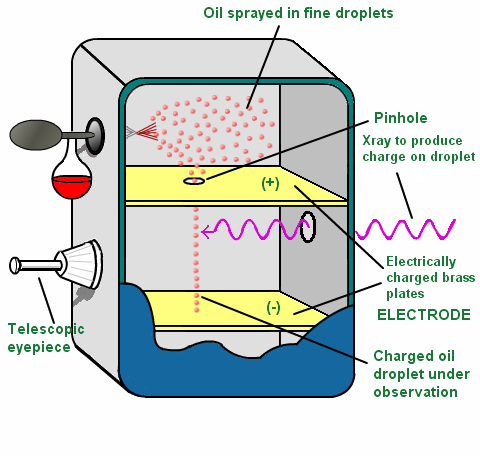 2099 views around the world