SImply put, for a given element, an isotope can be distinguished using the mass number alone, since by definition the number of protons is always the same.

In your case, iodine-126 refers to an isotope of iodine that has a mass number equal to .

If you take a look at a periodic table, you will notice that iodine has an atomic number equal to . That is to say, iodine has 53 protons in its nucleus, the exact same number of protons all of its isotopes have. 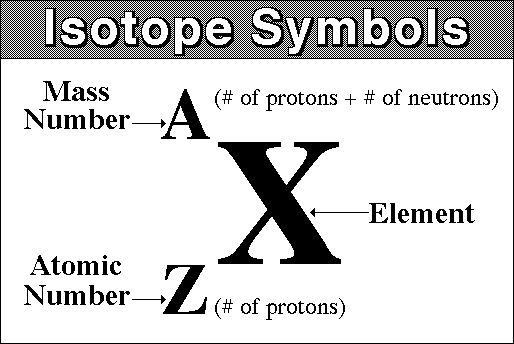 So, what would that look like in iodine-126's case?

Well, if its atomic number is and its mass number is , then you can write

So keep in mind, when you ar egiven an isotope, you are automatically given that isotope's mass number, so look for its atomic number in the periodic table, then use this notation to write out the isotope.

See all questions in Isotope Notation