The difference in the energy levels of the electrons is equal to the energy of the photon emitted.

Due to quantum mechanics, the electrons are only allowed to have specific energies when they are part of the atom. They can jump from one energy level to the next, but they cannot be in between energy levels.

Since the Planck constant, , and the speed of light, , are constant, the energy of the photon strictly depends on the wavelength, . Also, since the electrons can only exist in discrete energy levels, there are a limited amount of wavelengths that the photons can have. That's why atoms have emission spectrums. 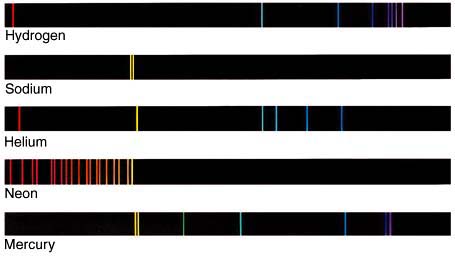 2294 views around the world