The idea here is that a group 1 metal will react with sulfur, a nonmetal, to form a metal sulfide, which as you know is an ionic compound.

Let's say that this group 1 metal is labeled . Group 1 metals always form cations, so you can expect the metal sulfide to contain one or more cations.

On the other hand, sulfur, , forms anions, . Since the resulting ionic compound must be neutral, you will need two metal cations in order to balance the charge on the sulfur anion.

Now, you know that you're starting with a sample of this group 1 metal. The mass of the metal sulfide is said to be equal to .

According to the law of mass conservation, the number of moles of metal present in the initial sample will now be a part of the metal sulfide.

Now take a look at the formula unit for the metal sulfide. One mole of will contain two moles of the metal and one mole of sulfur.

In other words, you get twice as many moles of metal for every mole of sulfur present in the metal sulfide. This means that the sample will contain

The molar mass of the metal will represent the mass of one mole. Since your sample of metal contained moles, you can say that

Since one mole of metal has a mass of , it follows that the metal's molar mass is

This means that your unknown metal is sodium, , which has a molar mass of approximately . Your metal sulfide is sodium sulfide, . 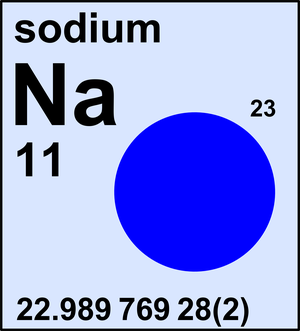 See all questions in Percent Composition

709 views around the world