As you know, acetic acid, , is a weak acid, which means that it does not dissociate completely in aqueous solution to form hydronium cations, , and acetate anions, .

This implies that acetic acid's dissociation in aqueous solution is actually a chemical equilibrium reaction.

Now, an equilibrium reaction is governed by Le Chatelier's Principle, which states that a dynamic equilibrium will shift in such a way as to counteract any stress placed on the position of the equilibrium.

Sodium acetate, , a soluble ionic compound, is the salt of the acetate anion, the [conjugate base]( In aqueous solution, sodium acetate dissociates completely to form sodium cations, , and acetate anions,

So, when you're adding sodium acetate to a solution of acetic acid, you're essentially increasing the concentration of acetate anions.

This will affect the position of the equilibrium. As a result, a shift will take place aimed at reducing this stress.

This will also decrease the concentration of hydronium ions, and, as a result, increase the pH of the solution, i.e. make the solution less acidic.

Adding sodium acetate to a solution of acetic acid will create a buffer solution, i.e. a solution that contains a weak acid and its conjugate base in comparable amounts. 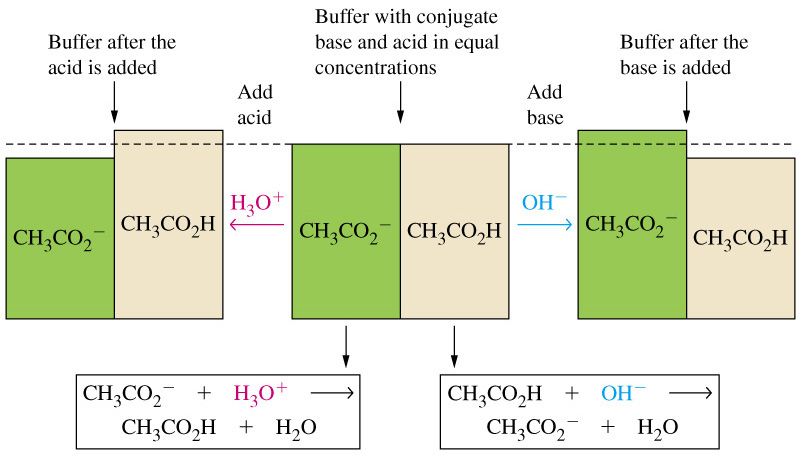 So, as a conclusion, the degree of dissociation of the acid will decrease, since the shift in the position of the equilibrium will result in a decrease in the concentration of acetate anions and hydronium cations.