You most likely reside in Santa Fe, New Mexico.

I want to preface my explanation by saying that this is only an educated guess.

Several elements play into the formation of this guess, namely we have to look at the geographic and political history of the Americas, and the current cultural climates of each city.

The text tells us that the author is Spanish-American, that's our first major red flag. What immediately jumps out at me is the American Southwest.

Why the Southwest? It all lies in the history of the United States and Spain's conquering of Latin America, namely our neighbor to the south—Mexico. Prior to 1845 the entire region from Texas to California (I'm omitting the British owned Oregon Country because our focus is the American Southwest) was claimed by Mexico. Prior to 1810 Mexico was a Spanish colony and many Spanish citizens came to and settled in the Americas (especially the American Southwest) because, among other things, land was cheap.

In the image below the striped regions are sometimes considered the Southwest. 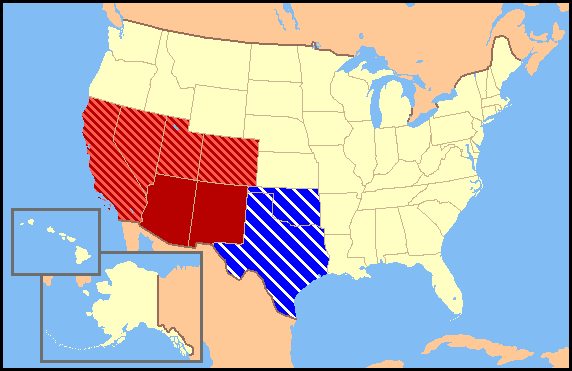 Between 1845 (annexation of Texas [adding Texas and parts of New Mexico]) and 1853 (Gadsden Purchase [adding the southern portions of Arizona and New Mexico]) the northernmost portions of Mexico were obtained by the United States. During this time of political change many of the Spanish-Mexican citizens living in the newly acquired U.S. territories decided to continue to reside in the region (despite the change in governance they maintained possession of their land, homes, and businesses).

Now that we understand the basic history of the American Southwest we need to look at where each state's capital is located and the culture of each city.

Even though portions of California and Nevada are in the Southwest, their capital cities, Sacramento and Carson City respectively, are not considered to be in the Southwest and therefore don't meet our criteria (they also don't have a distinctive Spanish culture). The capital cities of Arizona and Texas, Phoenix and Austin respectively, have undertaken massive efforts at modernization (the buildings are more glass and steel than adobe and Spanish tile), again not meeting our culture criteria.

The image below is a portion of downtown Phoenix, Arizona. 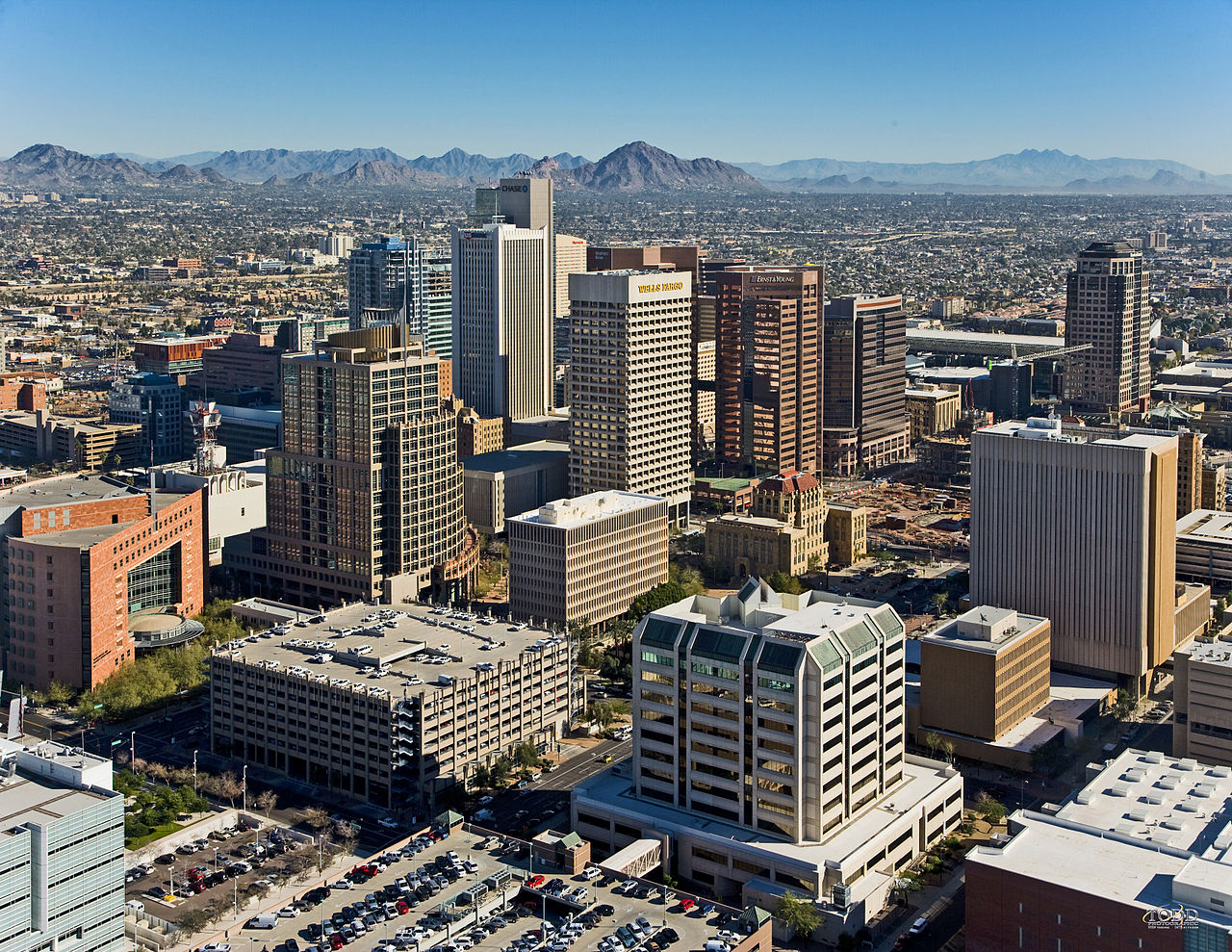 The image below is of Austin, Texas. 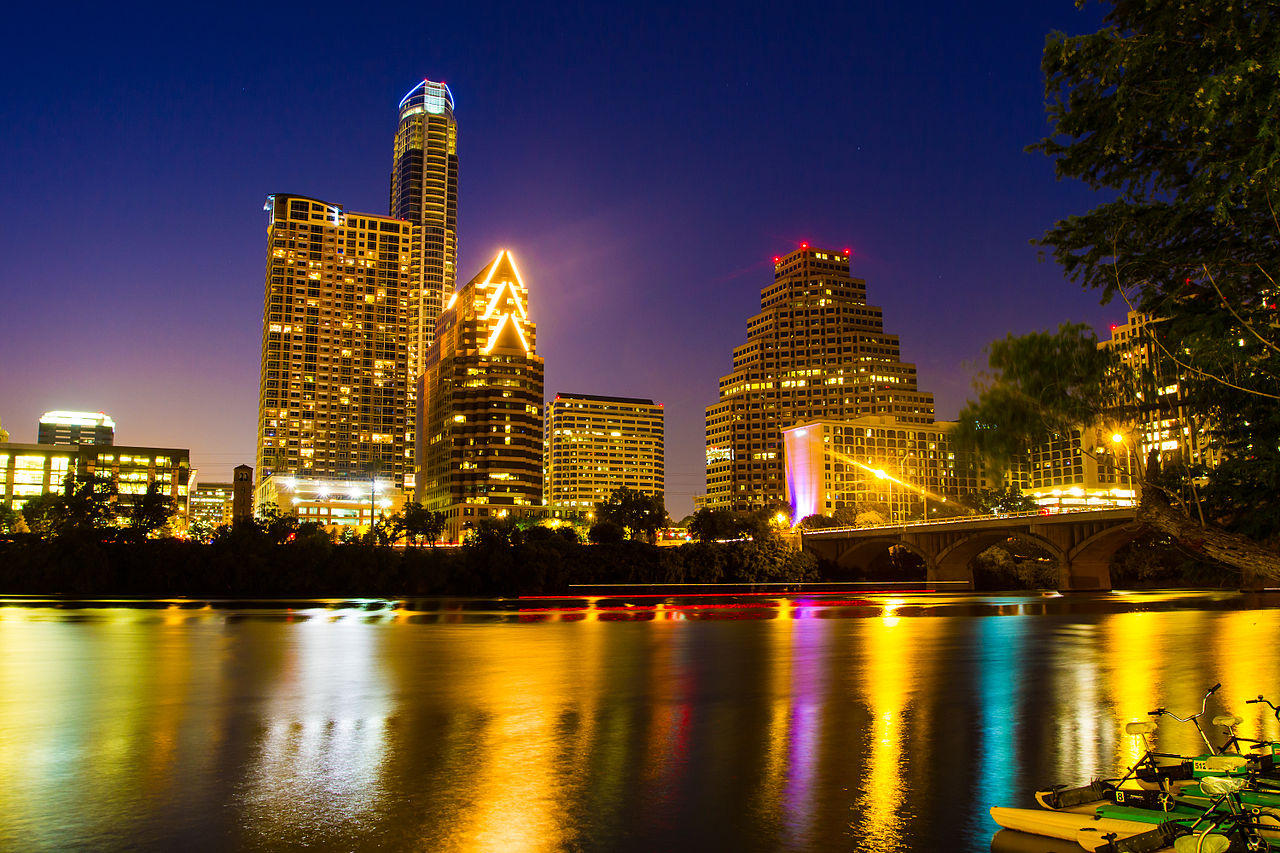 This leaves one capital city in the Southwest that of New Mexico: Santa Fe. Santa Fe exudes Spanish and Mexican culture through their architecture, education, and citywide events. In 1912 Santa Fe was started to modernize which resulted in the city's economic decline. As a response to this decline the city, in the same year, imposed a unified building style, the Spanish Pueblo Revival style, which is still in effect today,

Below is an compilation of images of Santa Fe, New Mexico. 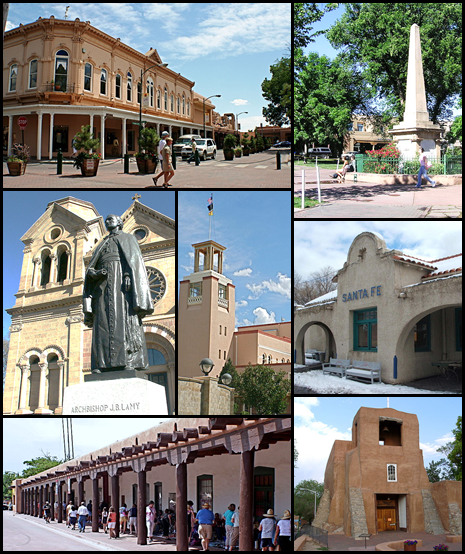 3296 views around the world