Sulfuric acid, , is an acid with a hydrogen atom and a sulfate atom.

What I personally do, is reverse the subscripts: 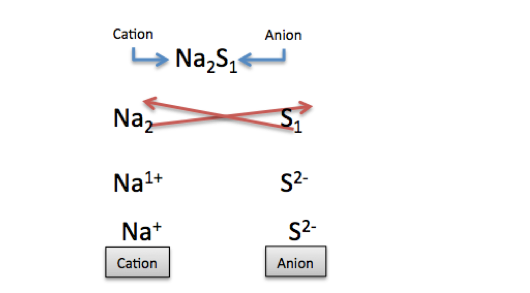 What's happening in the image is sodium's subscript changes into a superscript, transferring to the other atom, thus sulfur's charge is 2. We know sodium is a cation and sulfur is an anion, so the electrical charge is -. Therefore, the charge for sulfur is 2-. We do the same for sodium.

In , the compound is molecular, but hydrogen is a cation (in this case), so it is acting as a metal (but it's not).

2301 views around the world