This is a nice question because implies curiosity...!

I'll try by considering the reason why these electrons are emitted....
To "fire" the cathode electrons you need to...push them! What you do is exactly as you do in a normal piece of copper when you establish a current through it: you use a battery that pushes the "free" electrons inside the copper to move and pass from an atom to the next. 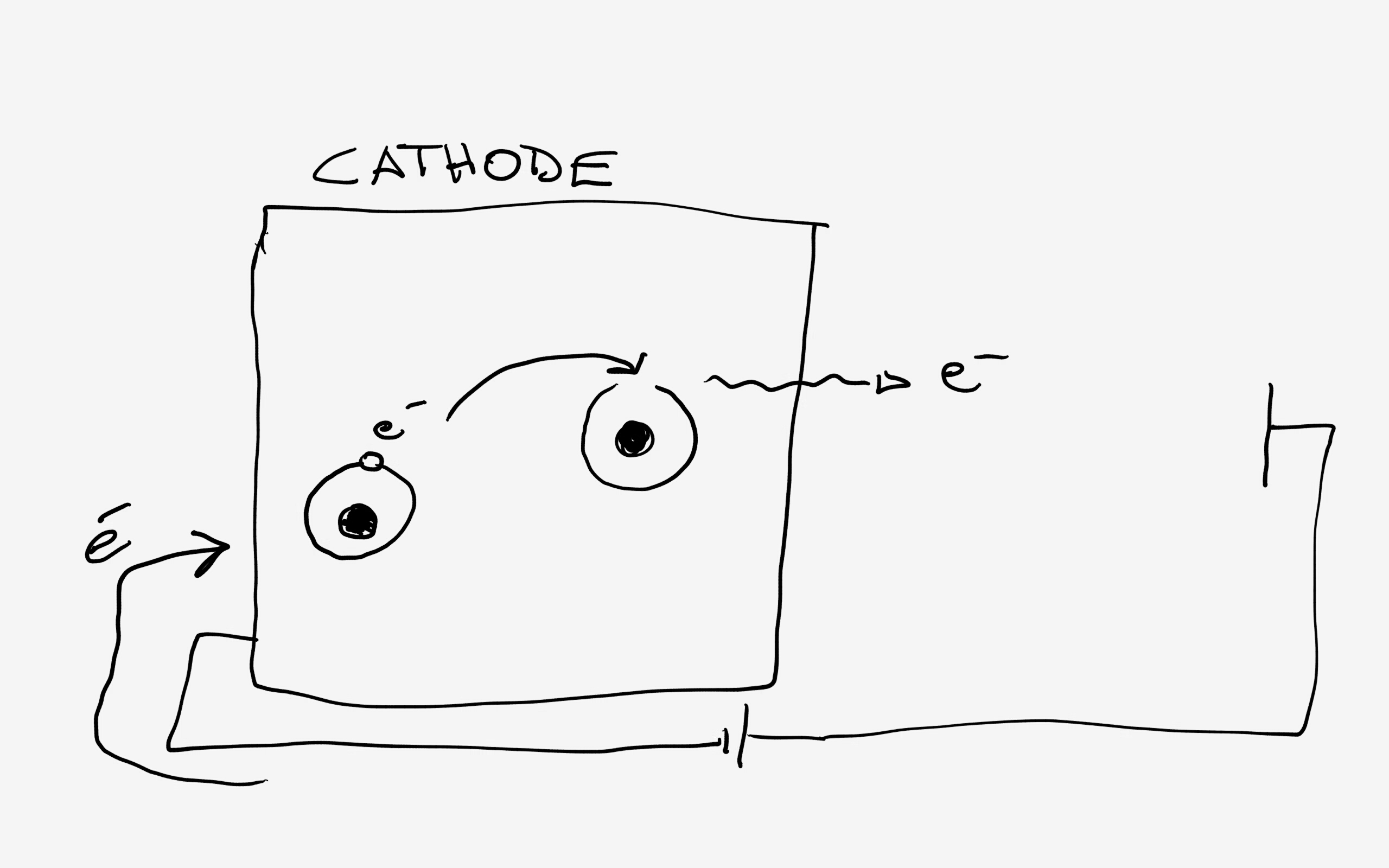 in my really crappy picture I tried to show the electrons passing from one atom to the other under the action of the battery that operates as a kind of "pump" supplying fresh electrons to replace the ones emitted.

The free electrons inside the metal are losely bound and can move inside from an atom to the other up to, on the surface, be emitted.
The atoms have electrons continuously replacing the ones that "walked away".

it is like a cue of people; you move only if the one in front of you moves. If you disconnect the battery the process stops and the cue of people doesn't move anymore.

953 views around the world