When an electron moves to a higher state ,it means that the electron is excited !!!!!! or any state above the ground state

n = 1 is shell which is closest to the atom's nucleus 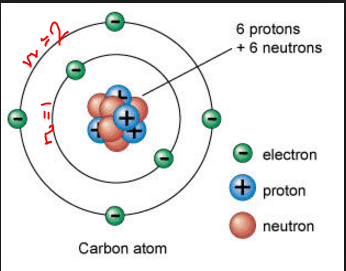 Therefore the no. of electrons in K shell of carbon is 2.

1150 views around the world