Irreversible, or at least, not perfectly reversible (meaning, irreversible...).

Note that this is NOT the normal boiling conditions (the boiling point is at ), and this is just natural evaporation in the gas region of benzene's phase diagram, at and : 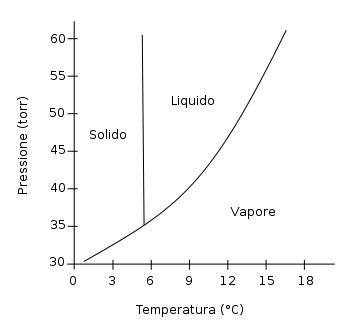 By the time the formed gas particles have equilibrated, we have seen that:

However, if we were to try to reverse the process and condense the benzene back into a liquid, we could not do so without letting air in, or without lowering the temperature, or some other method that is not the exact reverse of the forward process, because natural evaporation is always spontaneous for a volatile liquid in the gas region of its phase diagram.

Thus, we cannot perfectly regenerate the liquid in the vacuum, and the vaporization process into a vacuum cannot be reversed exactly.

720 views around the world