The question itself has a number of issues in it:

There are a couple of things inherently wrong with the problem statement.

What does change, however, is the tangential velocity of the object. This is since velocity is a vector quantity, it has both magnitude and direction. While moving in a circle, the object will keep changing direction (even if its speed is constant), which means that the velocity is also changing.

Now, consider this: if an object's velocity is changing, then it must, by definition, be accelerating. What causes an acceleration? A force! Therefore, you must have a force acting on your object for it to have any kind of circular motion.

Does this mean that the problem statement is wrong? Yes....and no. Yes, since it is inherently impossible to have circular motion without some force present, but no since you typically do not use the coordinate axis when talking about circular motion.

What you use is called the radial & tangential (sometimes ) coordinate axis: 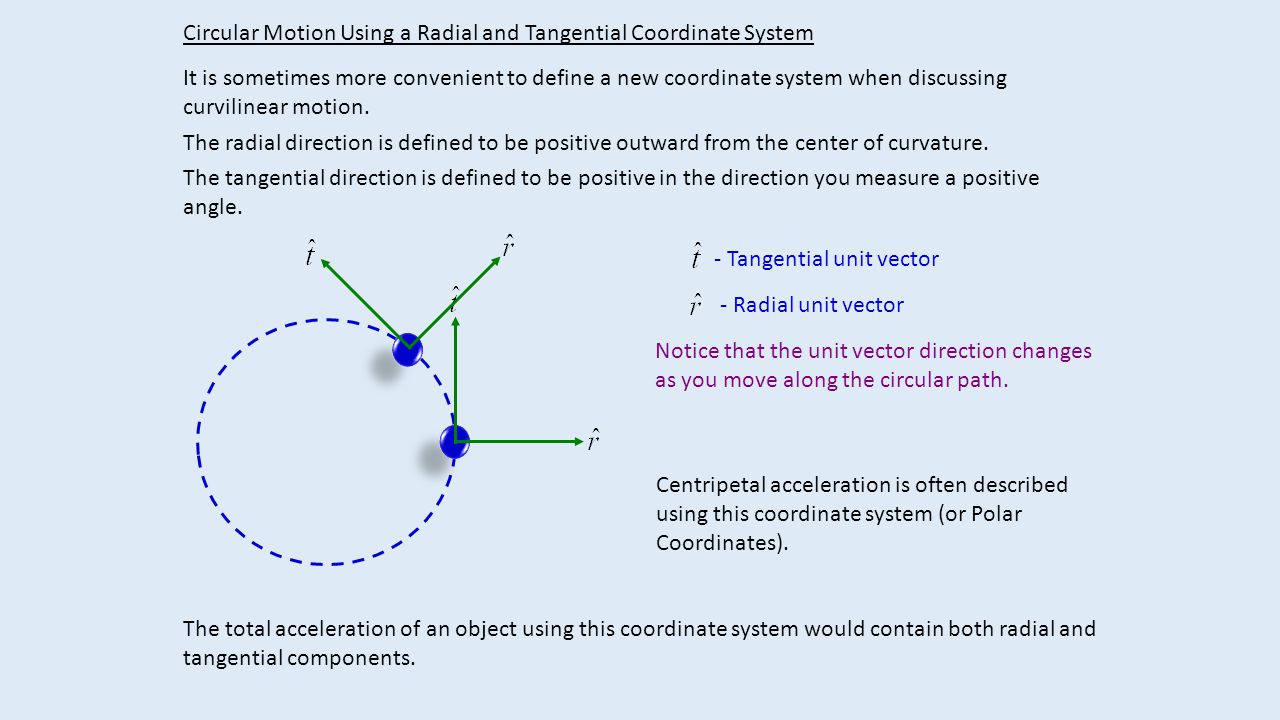 You must have some force acting on the axis (i.e. pointing into the center of the circle) for your motion to be circular. So, you technically have no force acting in the or direction.

367 views around the world