What colour is the Sun?

The Sun emits a large range of electro-magnetic waves including the whole range of vissible light and that is why we see the sunlight as white. This comes from the fact that white colour is in fact a mixture of all other colours.

The Sun is white.

The Sun generates vast numbers of high energy gamma ray photons in its core due to nuclear fusion. These photons take thousands of years to reach the surface of the Sun. It takes so long because the photons are constantly being absorbed and reemitted by other particles.

By the time photons reach the Sun's surface they have lost a lot of energy and are in the infra-red, visible and ultraviolet part of the spectrum. As there are photons being emitted at the full range of frequencies of the visible spectrum the light is effectively white.

The photograph shows the Sun taken through a mylar filter which reduces the light intensity to safe viewing levels. Note that the colour, except for the sunspots, is white. 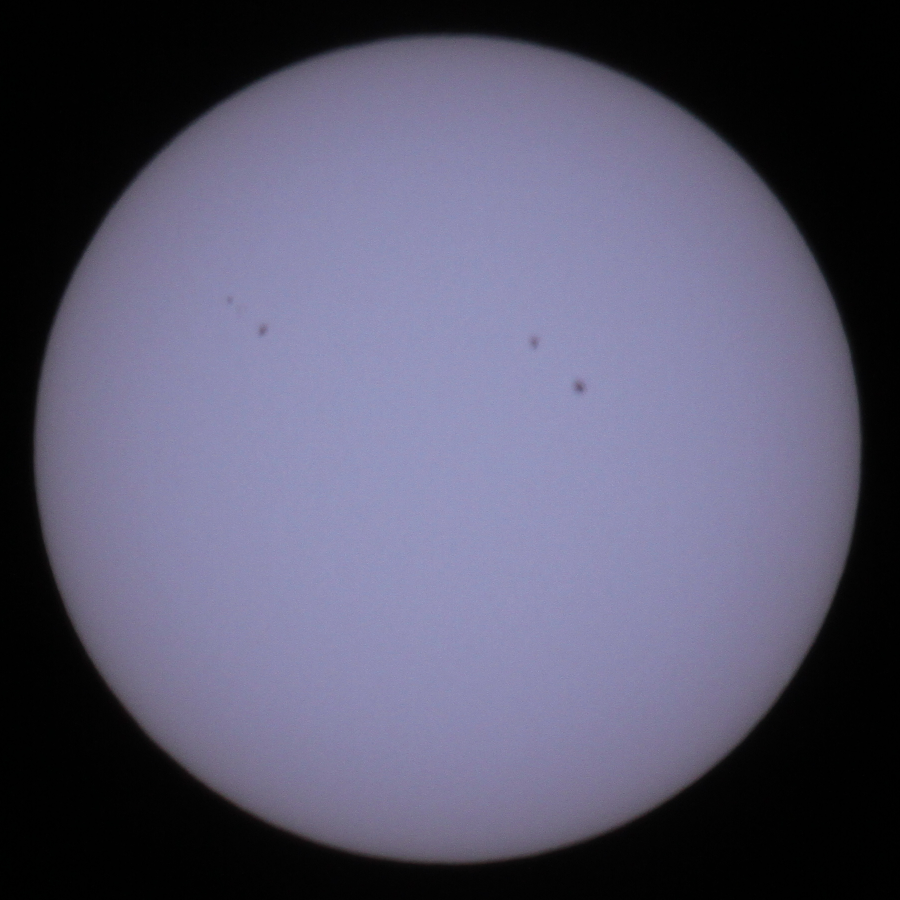 634 views around the world