What are the most probable velocity and the average velocity for a system that follows the Maxwell-Boltzmann distribution?

Maxwell Speed Distribution plot and typical speeds are given below in the figure. 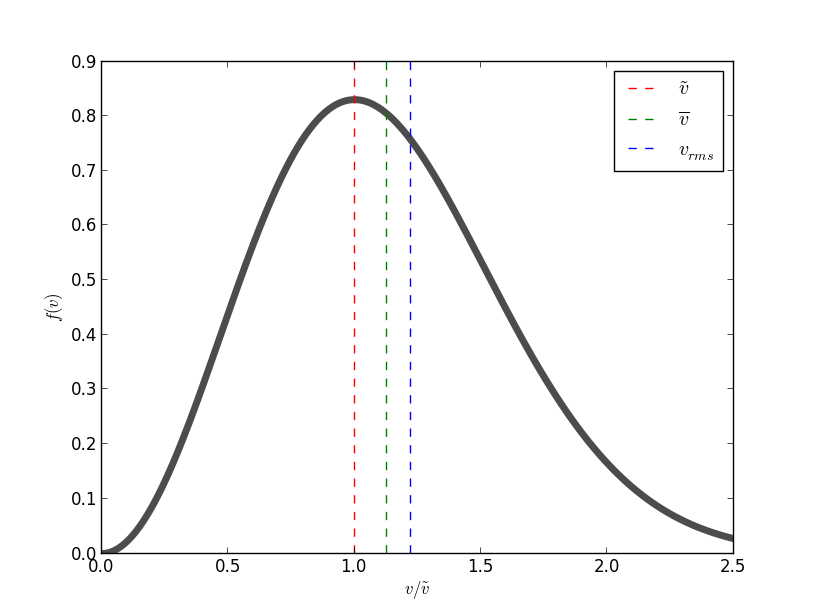 When a gaseous system is in thermal equilibrium, we can use Maxwell-Boltzmann statistics which gives us the probability of particle being in an energy state at a particular temperature.

There are three ways to quantify typical velocities of a distribution of particles in thermal equilibrium.

See all questions in Ideal Gas Law and Kinetic Theory