Does this paragraph need any changes and are there any errors?

The DNA remained a secret till the mid 1800s. An Austrian monk, Gregor Mendel was the first to notice the patterns in nature which was later known as heredity. Mendel used pea plants to conclude that each generation has 2 units of information which were actually genes. He had no idea he was actually talking about genetics. Mendel was later known as the “Father of Genetics”. In 1869, an American scientist named Phoebus Levene identified the parts of a DNA molecule. Many scientists tried to figure out the structure of DNA but failed. In the 1950s, Rosalind Franklin used x-ray diffraction to take pictures of DNA. It is the clearest picture of DNA to this day. After a few years, Franklin died due to cancer. The x rays she used to take the picture probably caused a mutation in her gene leading to cancer. Few years later, Watson and Crick received a Nobel Prize for building the first model of DNA, but to do so they used Franklin’s picture. Mendel, Franklin, Watson, Crick and few other scientists led to the better understanding of DNA. 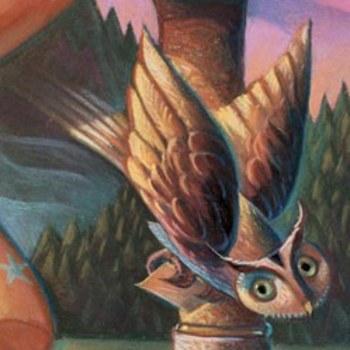 I suppose this is an excerpt from a larger writing, in which case the first sentence is probably just fine. However, I would consider removing 'The' if it is not part of a transition.

The second sentence stresses the background rather than the man, I would rephrase as 'Gregor Mendel, an Austrian monk,' so that the position he held is bracketed by commas.

It wasn't really a generation that had the 2 units, it was each individual. This was shown by those units carrying through the generations. Mendel's great contribution was his proof of particulate inheritance. Perhaps you could rephrase along the lines of "to conclude that each individual had two particulate units of information, which we now call genes."

Phoebus Levene was in fact born in 1863, so your date must be off somehow.

You say "to take pictures of DNA" and "It is the clearest picture", your plurals are off. I think rephrase as "to take a photograph of DNA."

"a mutation in her gene" is also odd sounding, humans have ~20,000 genes coding for protein alone. Perhaps you mean that the radiation caused mutations in her "genome" or "DNA."

There needs to be an "A" before "Few years": "A few years later. . . " This is very informal though, and I might consider changing it to "Not long after. . . " or simply to the date. This would of course depend upon the audience you are writing for.

I would also flip the penultimate sentance somehow to make it clear that they used the picture to build the model to win the prize. Something like: "Watson and Crick used Franklin's photograph to build the first true model of DNA, for which they won the Nobel Prize in 1962."

However, as I said, writing is subjective. You need it to do what you want, and since I don't know anything about where this paragraph is coming from, I really can't say how it should sound. If what I have said makes no sense in your context, I beg forgiveness. I hope that I have helped at least as much as I have bothered.