They possess only single bonds.

A saturated organic molecule is one that has only single carbon-carbon bonds. Some examples include alkanes, which have a chemical formula of .

An unsaturated organic molecule is one that has no single carbon-carbon bonds, that means it can potentially have double or triple bonds. Some are called, alkenes, with a chemical formula of , and some are alkynes, with a chemical formula of . Both can be distinguished by a simple test of using bromine water, where alkenes decolorise the water, while alkanes have no effect.

So saturated fatty acids are those that contain all, single bonds, but can still contain double bonds with other atoms, such as the bond. 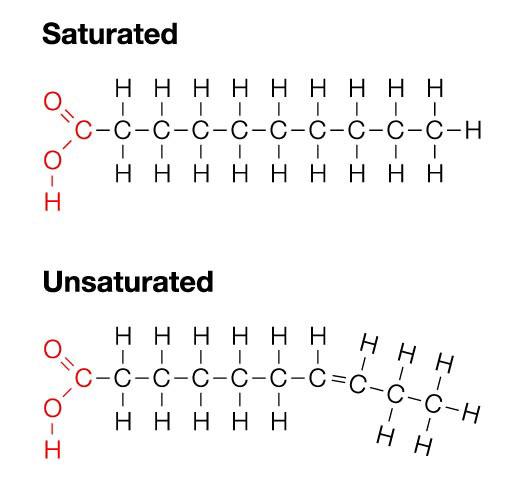 See all questions in Lipids