How are the seasons formed?

Due to Earth's Axial tilt.

Earth has a 23.5 degrees axial tilt which causes seasons. An image would explain it better. 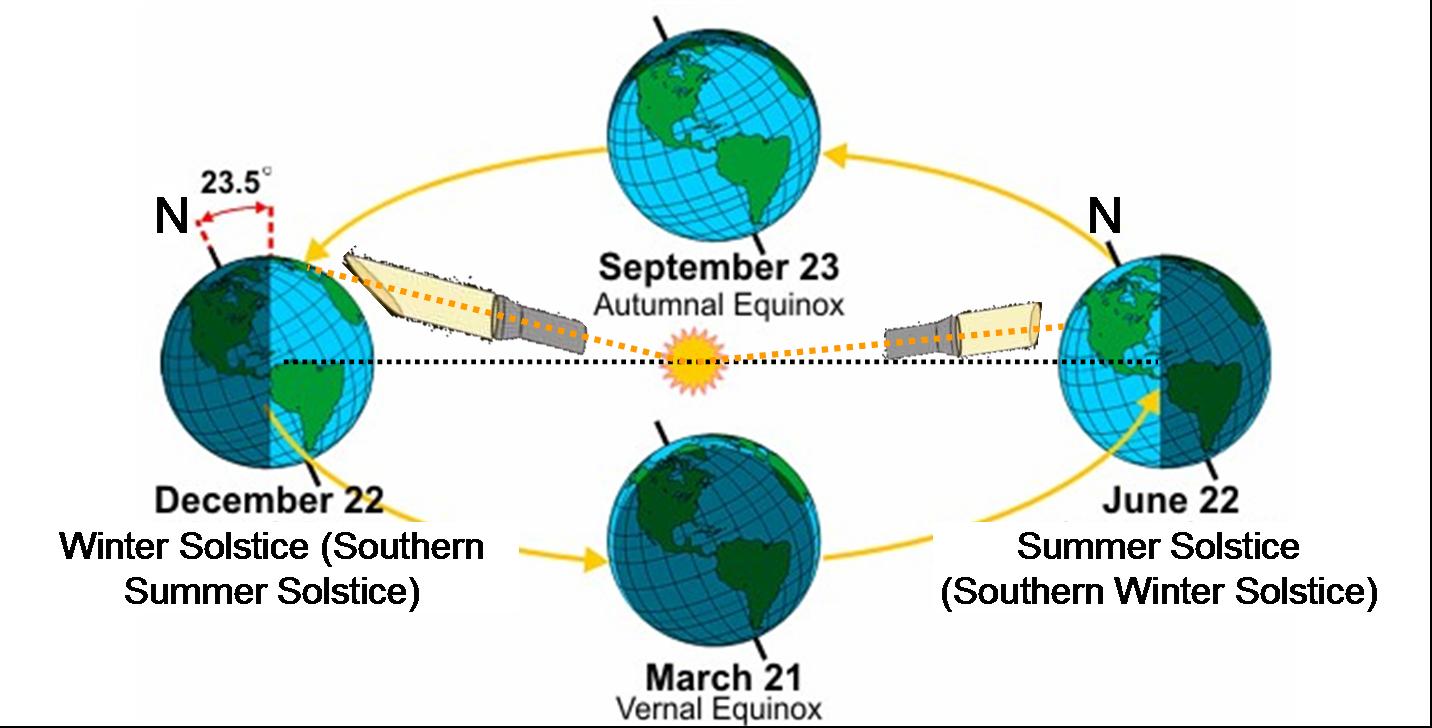 Lets take one Hemisphere as a reference.

Six months later in December, the Northern hemisphere is tilted away from the Sun and it's Winter in the Northern Hemisphere.

8058 views around the world