How can the polarity of a covalent bond be determined? 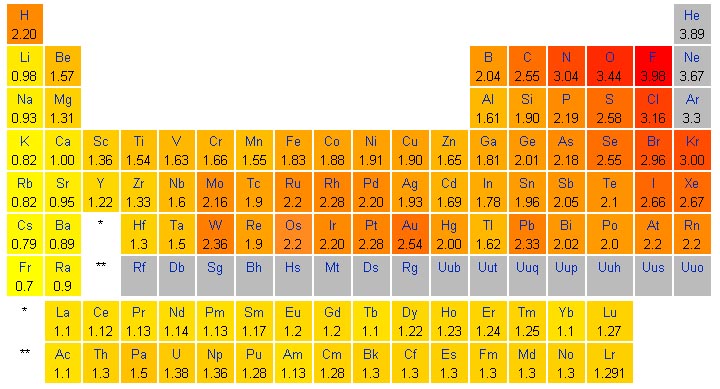 The difference in electronegativities ()between the bonded atoms determines the character of the bond. The following rules apply:

*Note that absolute values are used; there are no negative differences in electronegativity.

Example
Determine the and bond type for the following elements using the four rules listed above and the periodic table showing electronegativities.

5963 views around the world