How did Germany invade France at the beginning of World War II?

After a period of facing each other without much going on the German army finally invaded France (May 1940) through the heavy forested region of the Ardennes penetrating deeply into French territory and bypassing the defenses of the Maginot Line.

After the declaration of war (between England and France on one side to Germany), the two armies faced each other for several months without fighting and "studying" each other (Phoney War). This was probably due to the hopes of Hitler to settle the situation through a forced peace imposed on England and France and letting them to think about it without attacking them.

When Hitler realized that reaching a peace settlement was not possible and the Allied were building strength to face the Germans, thought to invade through Belgium, decided to attack.
Aiming at surprising the Allies, the German Army invaded through the region of the Ardennes considered very difficult for tanks and mechanized troops (wooded and rugged terrain). 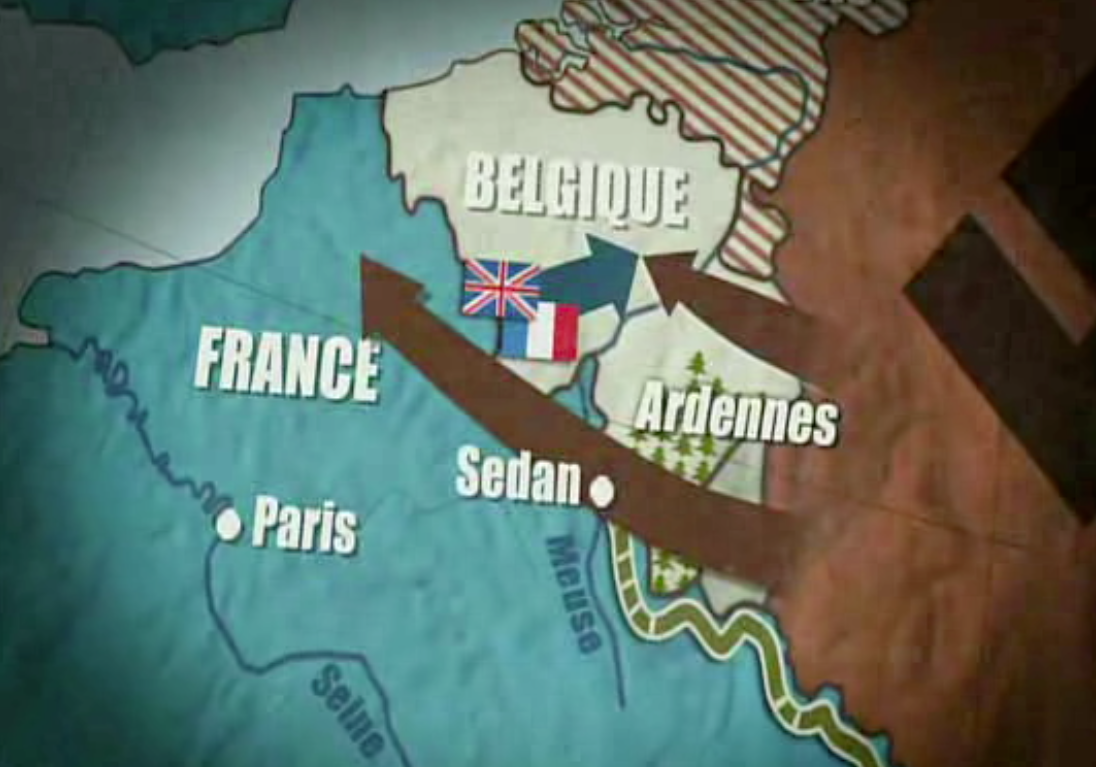 This move allowed the German troops to surprise the French troops, avoid the fixed defenses of the Maginot Line and then turn North to close in a cauldron the Allied troops posed to face the Germans in the wrong place, in Belgium.

4707 views around the world