How did the conflict over slavery lead to Bleeding Kansas? 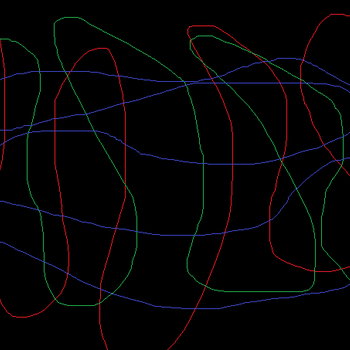 The introduction of popular sovereignty in terms of slavery as well as the case of Dred Scott vs Sandford helped cause the conflicts grouped under "Bleeding Kansas".

Before the "Bleeding Kansas" conflicts, there was much national divide between the northerners who wanted to limit slavery and the southerners who felt threatened by northerners, feeling as if every limitation was just going to bring northerners closer to ultimately trying to abolish the whole institution

When the Kansas and Nebraska territory wanted to seek statehood, again the question of slavery or no slavery came up. An act called the "Kansas-Nebraska Act" was passed by the national government, which allowed for popular sovereignty in the two territories. What popular sovereignty meant at least in terms of slavery was that the settlers in the territory could vote on whether the state would allow slavery or not.

From a southerner's perspective, it would be more ideal to have more slave states because if there were more free states than slave states, in their minds that meant a way for northerners to try to abolish slavery. So of course, the southerners made an effort to lead to slavery in Kansas, and of course that caused conflicts. Also, during that time, the Dred Scott vs Sandford case also came about.

The Supreme Court in the case basically said that slaves were property, not american citizens, and that the national government could not limit slavery. This case also helped intensify conflicts in Kansas.

2067 views around the world