How did the film The Birth of a Nation portray the Ku Klux Klan?

From one of the inserts of the movies itself:
"The Ku Klux Klan, the organization that saved the South from the anarchy of black rule" [second part about 02:05:15 time]. 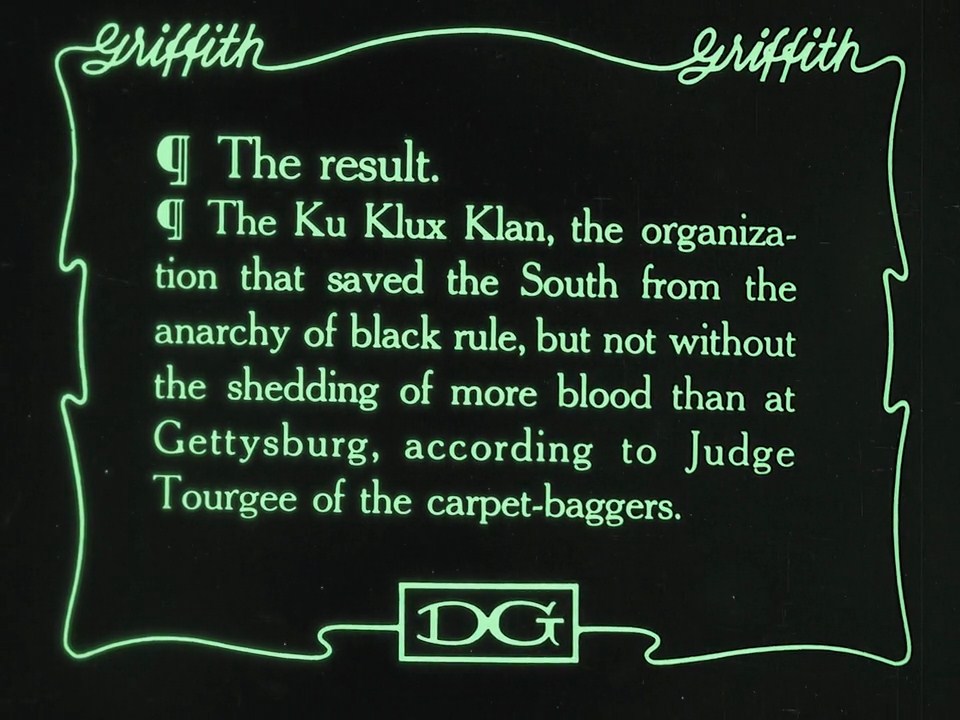 From what I gather from the movie the KKK was born out of the frustration of the defeat and subsequent new order after the Civil War.

In the movie the KKK is portrayed as a kind of police/military force used to enforce the “just” law and ensure safety and order.
In one of the scenes the KKK members become a kind of jury and executioners killing a man accused of murder (probably it could be defined as lynching). 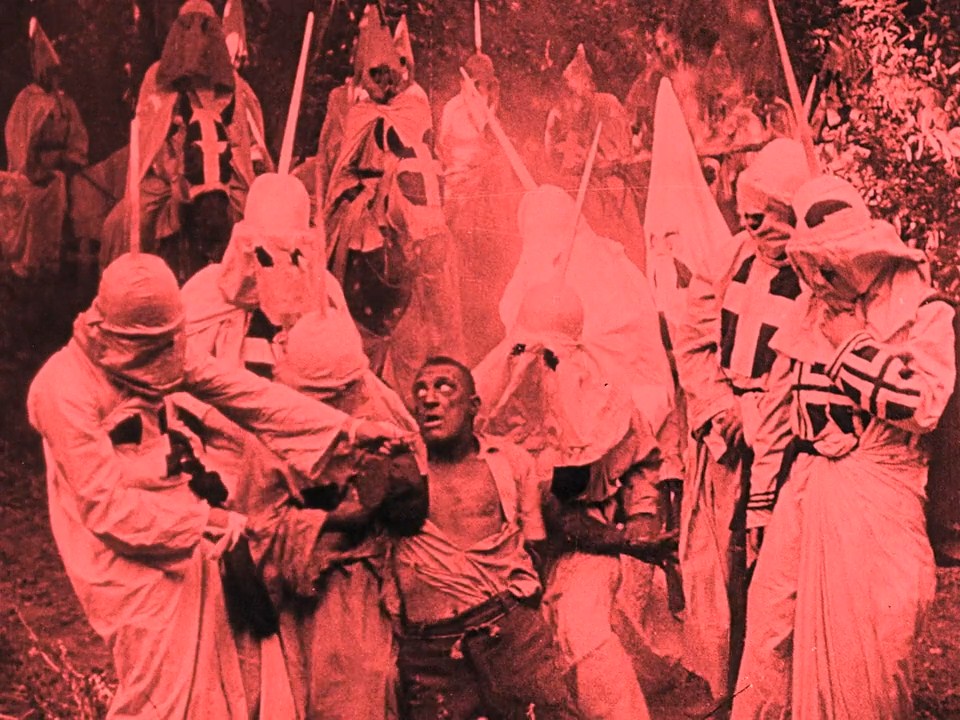 In one the final scenes an army of KKK members charges through a town to get rid of the new rulers and to re-establish the old order saving, in the meantime, besieged citizens.

At the end there is also a kind of "control committee" of KKK members (with guns in hand) checking the polling stations during the election! 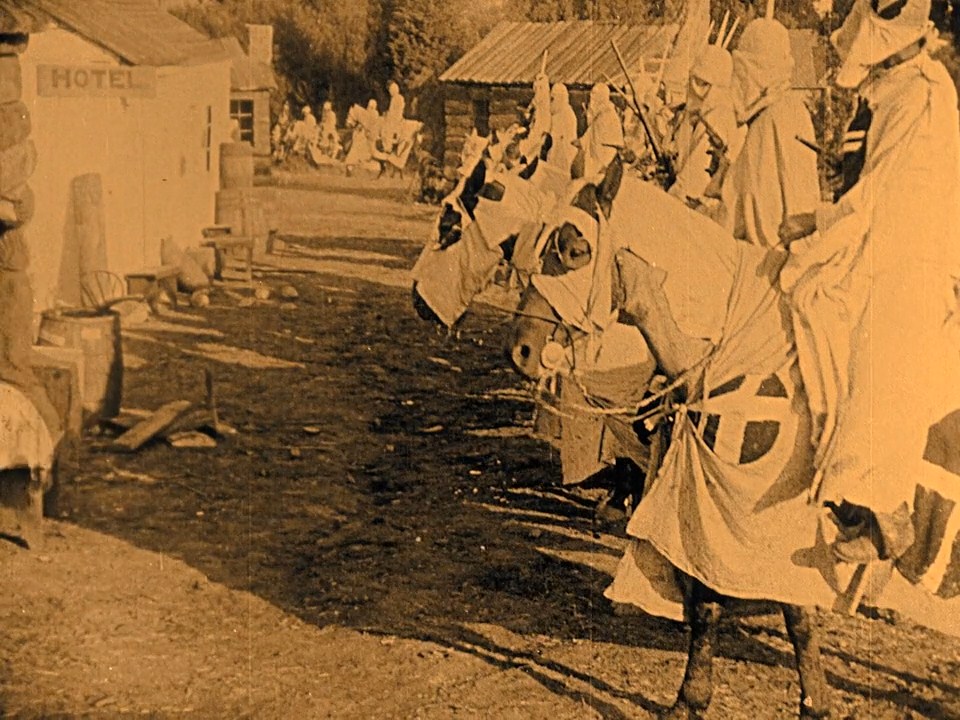 3755 views around the world