How do isotopes differ from ions?

Isotopes are atoms that have the same number of protons but different numbers of neutrons.

Thus, atoms of and of are isotopes of each other. They both contain 6 protons, but one contains 6 neutrons and the other contains 7 neutrons.

Ions are atoms that have either gained or lost electrons.

Every atom has the same number of electrons and protons. 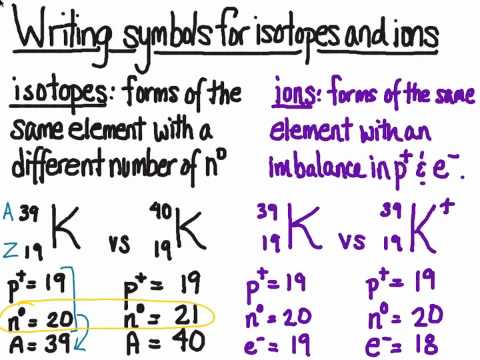