The number of electrons in an atom's outermost valence shell governs its bonding behaviour.

Elements whose atoms have the same number of valence electrons are grouped together in the Periodic Table. Generally, elements in Groups 1, 2, and 13 to 17 tend to react to form a closed shell with the electron configuration s²p⁶.

The most reactive metals are those from Groups 1 and 2. They need to lose only one or two valence electrons to form positive ions with an s²p⁶ configuration.

The most reactive nonmetals are the halogens, e.g., fluorine and chlorine. They have an s²p⁵ electron configuration, so they require only one additional valence electron to form a closed shell.

To form an ionic bond, a halogen atom can remove an electron from another atom in order to form an anion (e.g., F⁻, Cl⁻, etc.). 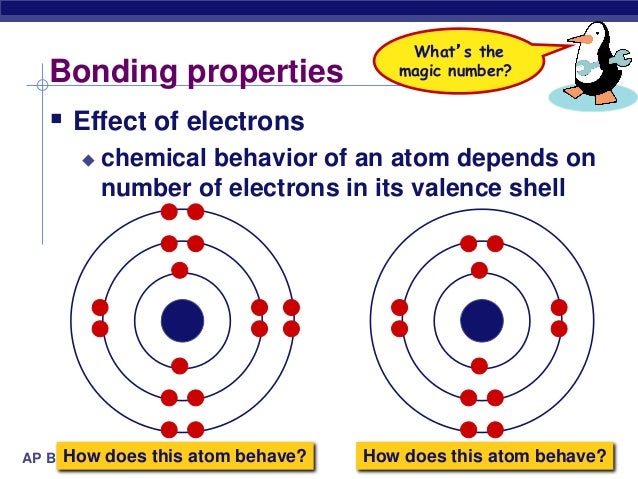