There is a very simple trick to converting percentages to decimals and fractions.

When you are given a , like , all you have to do is move the decimal point over to the left two spaces to get the decimal form of it. So, is converting into .

To change a into a decimal, think about like a grade on a test. Tests are usually out of 100 point, and scoring an on one means you got points out of .

So, converting that into a fraction, you get:

And since you don't want decimals in your fractions, you can change that to:

Now, simply reduce the fraction by dividing both the numerator and the denominator by 5: 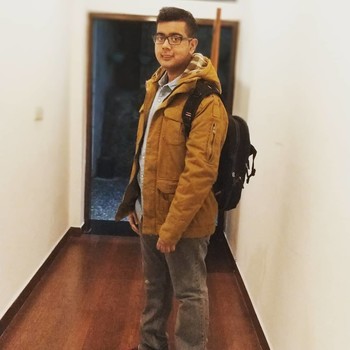 Whenever you see such questions, remember the following things. These are conversions of English words to Mathematical tools.

I'll give you an example through a question.

Ans: Replace English words by mathematical tools according to the rules I told you.

In a refined form,

Calculate x. On calculating, x comes out to be

Now your question is actually very simple if you follow my rules.

First, I'll write the decimal form. Whenever you divide by a number that is in form of 1 followed by number of zeroes. (here 1 is followed by 2 zeroes), you should shift the decimal point to the left side by n places.

This is the answer in decimal point.

Now simultaneously, I'll teach you how to convert a decimal into a fraction.

Remove the decimal point and divide the number by a number formed by 1 followed by the "digits" we obtained (i.e. 3).

See all questions in Conversion of Decimals, Fractions, and Percent