How does DNA polymerase work?

The DNA polymerases are enzymes that create DNA molecules by assembling nucleotides, the building blocks of DNA. 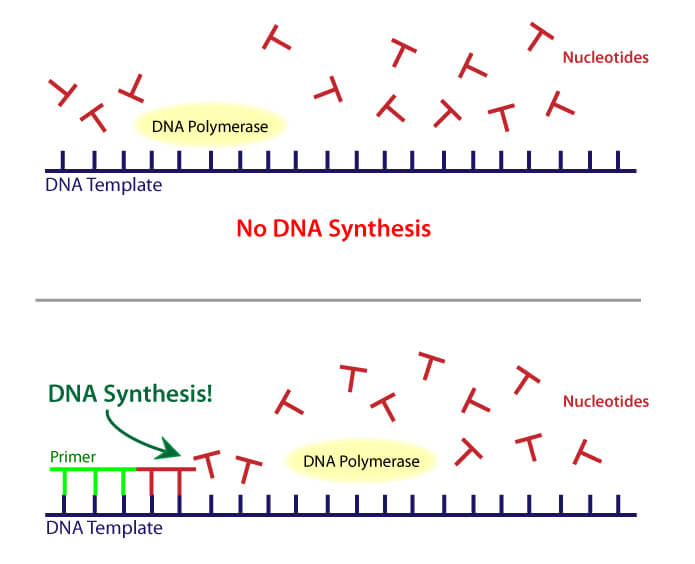 DNA polymerase’s rapid catalysis is due to its processive nature . In the case of DNA polymerase, the degree of processivity refers to the average number of nucleotides added each time the enzyme binds a template.

As I said, the main function of DNA polymerase is to make DNA from nucleotides.

Look at the first picture:

When creating DNA, DNA polymerase can add free nucleotides only to the 3' end of the newly forming strand. This results in elongation of the newly forming strand in a 5'-3' direction. No known DNA polymerase is able to begin a new chain; it can only add a nucleotide onto a pre-existing 3'-OH group, and needs a primer at which it can add the first nucleotide. In DNA replication, the first two bases are always RNA, and are synthesized by another enzyme called primase.

Since DNA polymerase requires a free 3' OH group for initiation of synthesis, it can synthesize in only one direction by extending the 3' end of the preexisting nucleotide chain. Hence, DNA polymerase moves along the template strand in a 3'-5' direction, and the daughter strand is formed in a 5'-3' direction. This difference enables the resultant double-strand DNA formed to be composed of two DNA strands that are antiparallel to each other.