How does Jupiter affect the solar system?

Jupiter is the largest planet in the solar system and its gravity has a significant impact.

The planets and other bodies don't actually orbit around the sun. Rather the Sun and the planets all orbit around the centre of mass of the solar system. This is called the Solar System Barycentre (SSB) and it is constantly moving. The diagram shows the position of the SSB over a period of decades.

The centre of mass of the Sun and Jupiter alone is outside the surface of the Sun. So, Jupiter has a significant effect on the location of the barycentre.

Jupiter also has a significant effect on the Asteroid Belt. There are regions of the belt where there are no asteroids as Jupiter has evicted them. 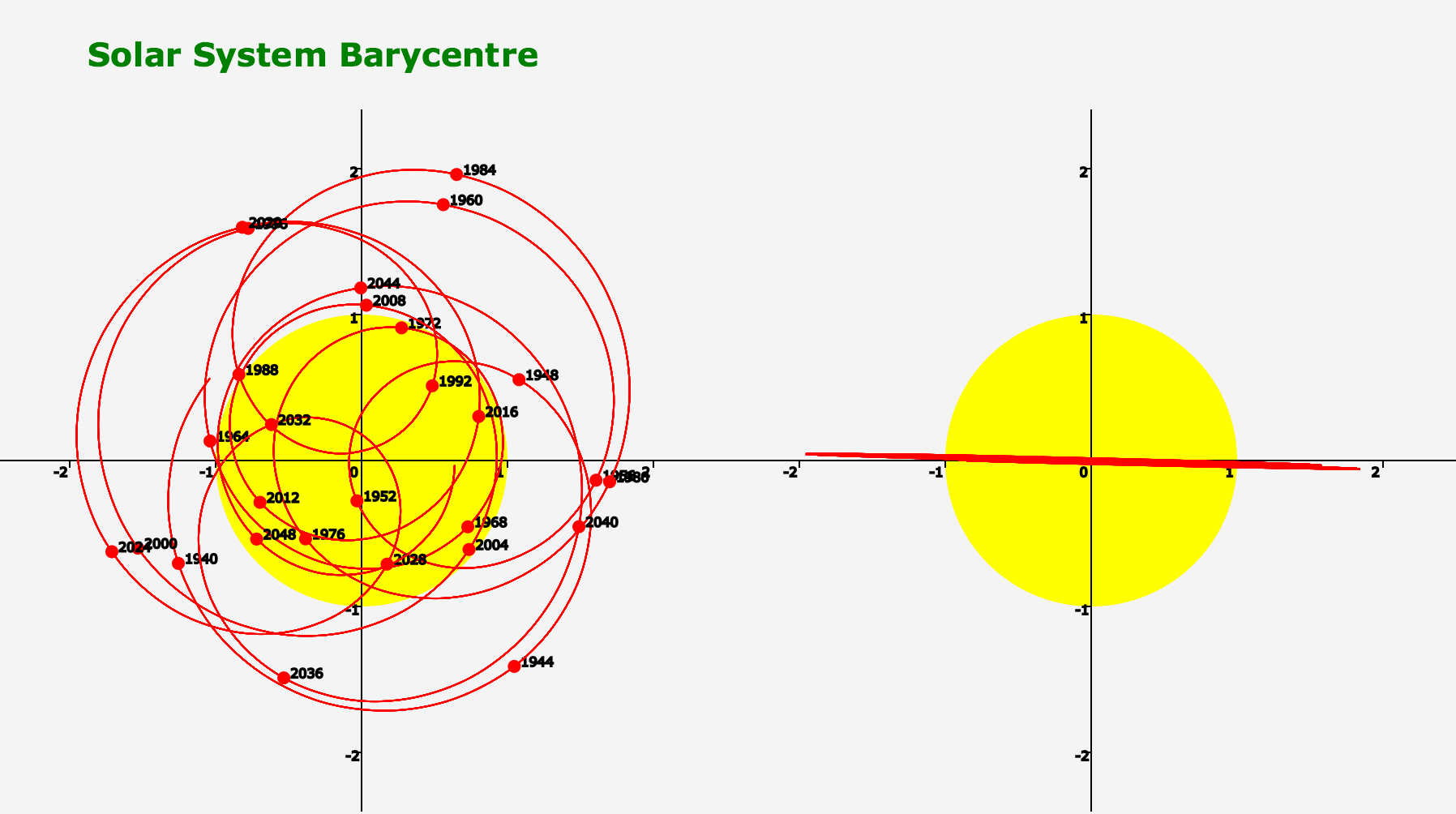 2383 views around the world