How does temperature change as depth increases within the earth?

As you head toward the center of the Earth, temperatures increase exponentially.

The Earth’s core is a sphere of molten nickel and iron. Now just think about how hot it has to be to melt iron, let alone for the iron to remain melted. The center of the Earth is almost as hot as the surface of the sun as new studies show, a blistering 10800 degrees Fahrenheit, approximately 5982 degrees Celsius.

As you move further and further away from the core, the crust cools to much colder temperatures all the way up to the surface.

The Earth gets hotter as you move towards to center. 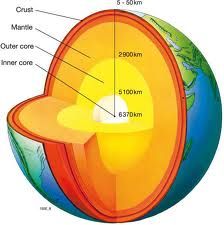