How does the concentration of an alcohol - water solution affect the volume contraction?

I keep finding information on the effects of temperature, but not on concentration.
Could you also cite sources
THANKS 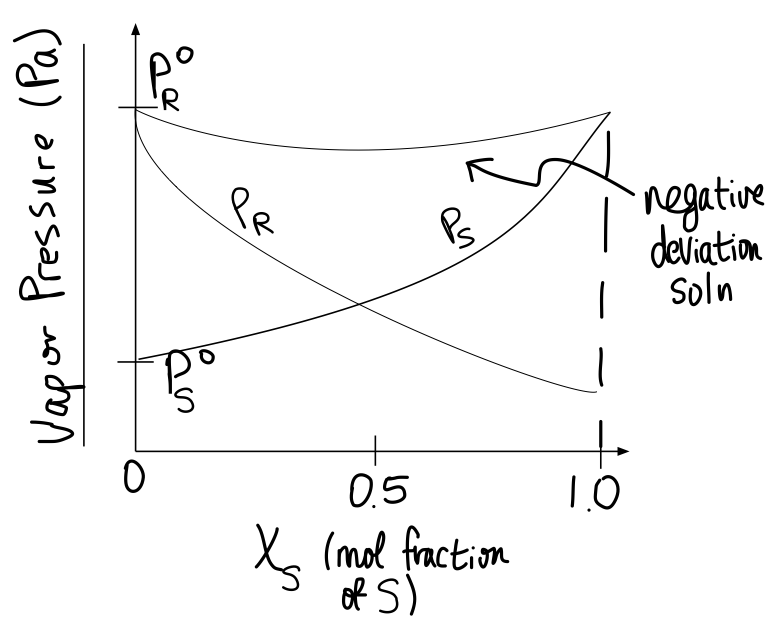 This is in general. The effects of concentration (in terms of mol fractions) are shown below in more detail.

WHY VOLUME DEVIATIONS FROM IDEALITY OCCUR

The more similar the intermolecular forces (IMFs) of the solute and solvent, the more easily they mix ("like dissolves like").

When stronger IMFs form between solute and solvent than they each originally had, the volume contracts, and vice versa.

For the graphs below:

This is the kind of trend you would see for the alcohols with long alkyl chains (which are hydrophobic): 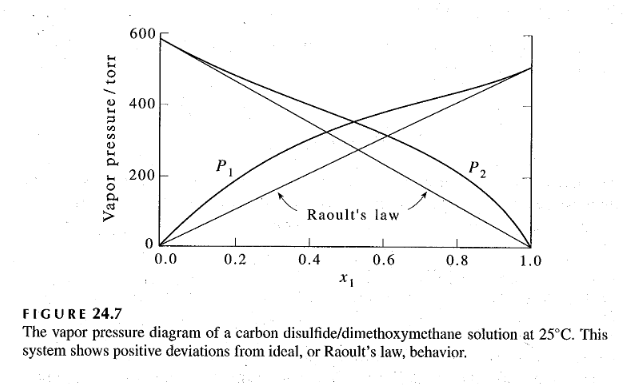 However, for methanol and ethanol, whose alkyl chains are short (rendering them moderately hydrophilic), you would see something more like this: 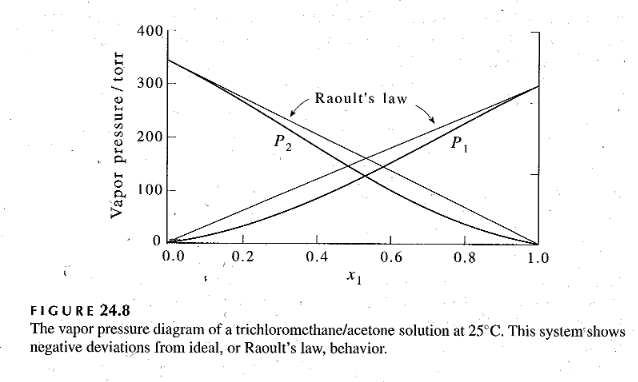 In general, it is seen that the greatest effect on vapor pressure (and thus volume deviations) occur closest to a mixture in terms of mols.

See all questions in Percent Concentration

2450 views around the world