How does the fossil record support the theory of continental drift?

Biology Origin of Life on Earth The Fossil Record

The idea that continental drift has taken place came up primarily because of study of fossils discovered from different corners of earth.

The word 'fossil' was coined more than 500 years ago, by German scientist Georgius Agricola, though records describing fossils are much older. It actually means 'having been dug up' in its original latin form.

In prechristian era, Greek philosophers discussed about fossils, later Leonardo da Vinci studied fossils in great detail so that he is today regarded as Father of Palaeontology. But it was Robert Hooke, author of Micrographia, who first realised that fossils are evidences of past life and more:

...if the finding of Coines, Medals, Urnes, and other Monuments of famous persons, or Towns, or Utensils, be admitted for unquestionable Proofs,that such Persons or things have, in former times had a being, certainly those Petrifactions may be allowed to be of equal Validity and Evidence, that there have formerly been such Vegetables or Animals... and are true universal Characters legible to all rational Men.

Before enlisting specific fossils which allow us to speculate the details of continental drift that has taken place on earth, let us see how the continents were arranged during mesozoic era . 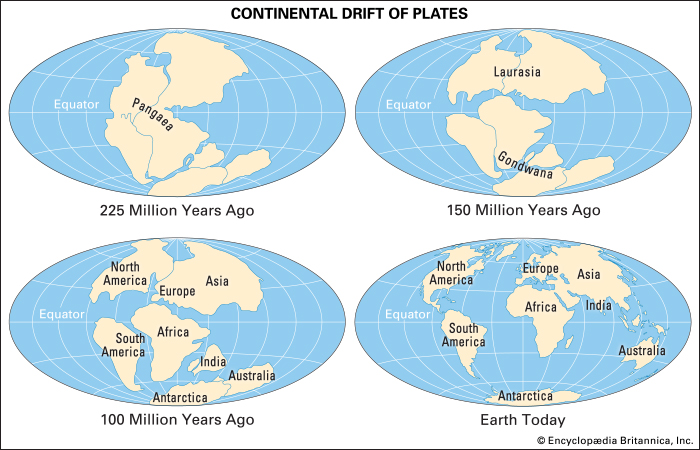 Let us now focus on fossils which prove existence of Gondwanaland.

Geologist Israel C White was the first person to report the similarities between coal (fossilised plants) found in Brazilian mines and that found in Africa. His insight helped Alfred Wegener to publish continental drift theory in 1912. 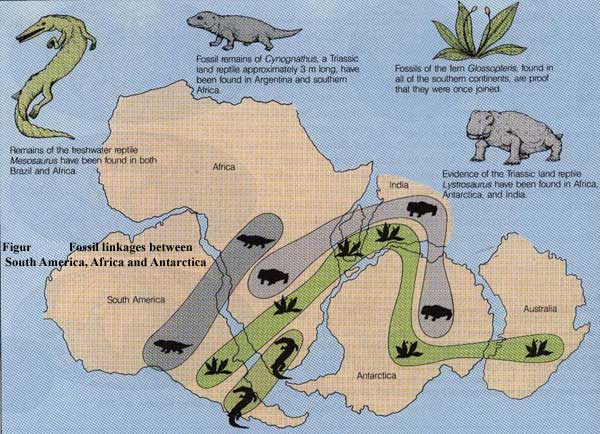 See all questions in The Fossil Record