How is presence of electrolytes tested in solution?

Any impurities in general dissolved in the solvent (water in this case) tend to elevate or increase the temperature of the boiling point. When a pure solvent is taken, all the surface molecules are of the solvent but if an electrolyte solute (the one which does not dissociate into its ions on addition to a solvent) is added to the solvent(water), the resulting solution will have the surface molecules of both solute and solvent.

In other words, when a solute is added to a solvent, it essentially “dilutes” the mixed solution which means that space formerly taken up by the solvent molecules will be taken up by the solute molecules meaning that the number of evaporating molecules that evaporate at any given time decreases, meaning that it will take more energy (in the form of heat) to boil the solution. The following diagram shows the particle model for each state: 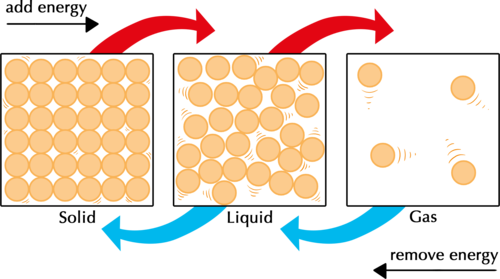 1112 views around the world