I will assume you mean

Multiply Avagadro's Number times the amount of hexane and divide by the molar mass of hexane.

Note: If you were talking about Cyclohexane, the formula would be

The formula for obtaining the number of particles given the amount of sample in grams follows this formula:

In performing a unit conversion, you are actually doing the same thing to the units that you are doing to the values. 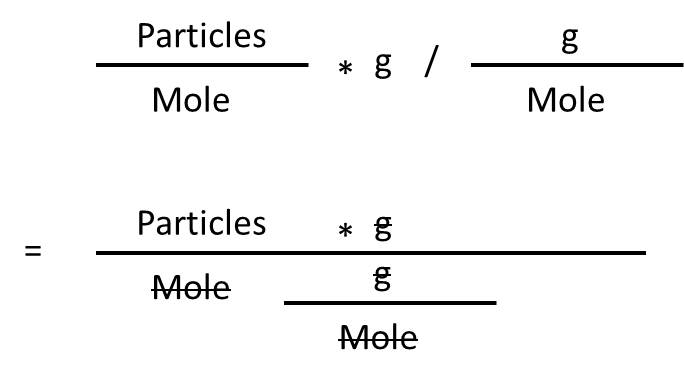 The moles and the grams cancel, leaving an answer in particles.

You may ask why I say "particles" and not "molecules"? The reason is so the SAME calculation may be performed for ionic compounds, ions, or other types of chemical identities.

See all questions in Unit Conversions

1813 views around the world