How much pollution goes into the air each day?

This is highly dependent on which part of the Earth you are talking about - not sure anyone knows what the global total is.

Air pollution is greatest in countries that have have a lot of heavy industry, like coal-fired power plants, steel making plants, refineries, and so on. Also, cars and trucks are another major source of air pollution. For example, a country like Greenland emits hardly any air pollution, while China and India have huge amounts that greatly exceed safe limits for humans. Europe and North America had large air pollution problems in the past, but have introduced laws to limit pollution.

Typically, air pollution has 4 components: 1) sources, 2) transport, 3) removal, and 4) impact (see pic). The environment does have a way to dilute and absorb some air pollution, but this can be exceeded if emissions are very high - giving rise to more impacts to humans and animals. There are also natural sources of air pollution like volcanos and forest fires. 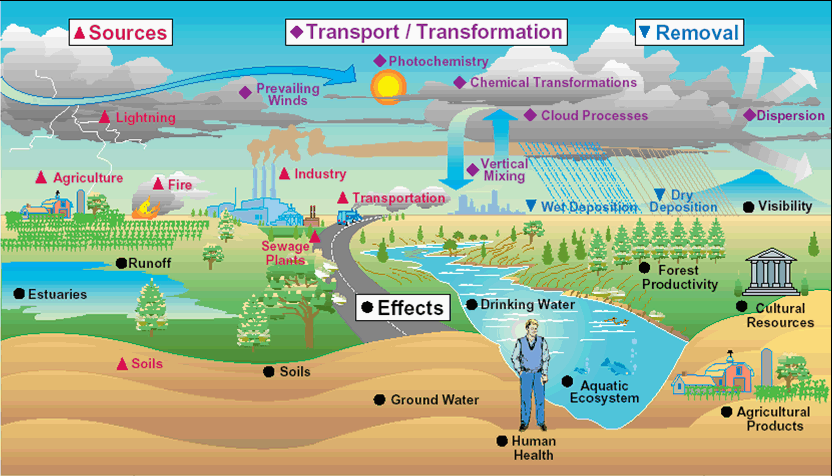 See all questions in Air Pollution

4877 views around the world