I'm seeing at least one question posted under my name which I did not ask; earlier this morning I saw a question supposedly by someone at a level below what I would expect for this person. Is there a problem? Is someone hacking this site?

I'm not really sure about the first question, but I approached Shwetank Mauria about the question he supposedly asked and he confirmed that he asked it.

My guess would be that he asked it for young students to answers. It's not the only question that he asked to which we would clearly know the answer, so maybe that's a thing with him.

There are other contributors who do the same, at least every once in a while, so this is not that uncommon. The most notable that comes to mind: Yonas Yohannes.

Now, about your question -- I checked the Asked tab on your profile page and found it listed in there as posted 2 months ago. 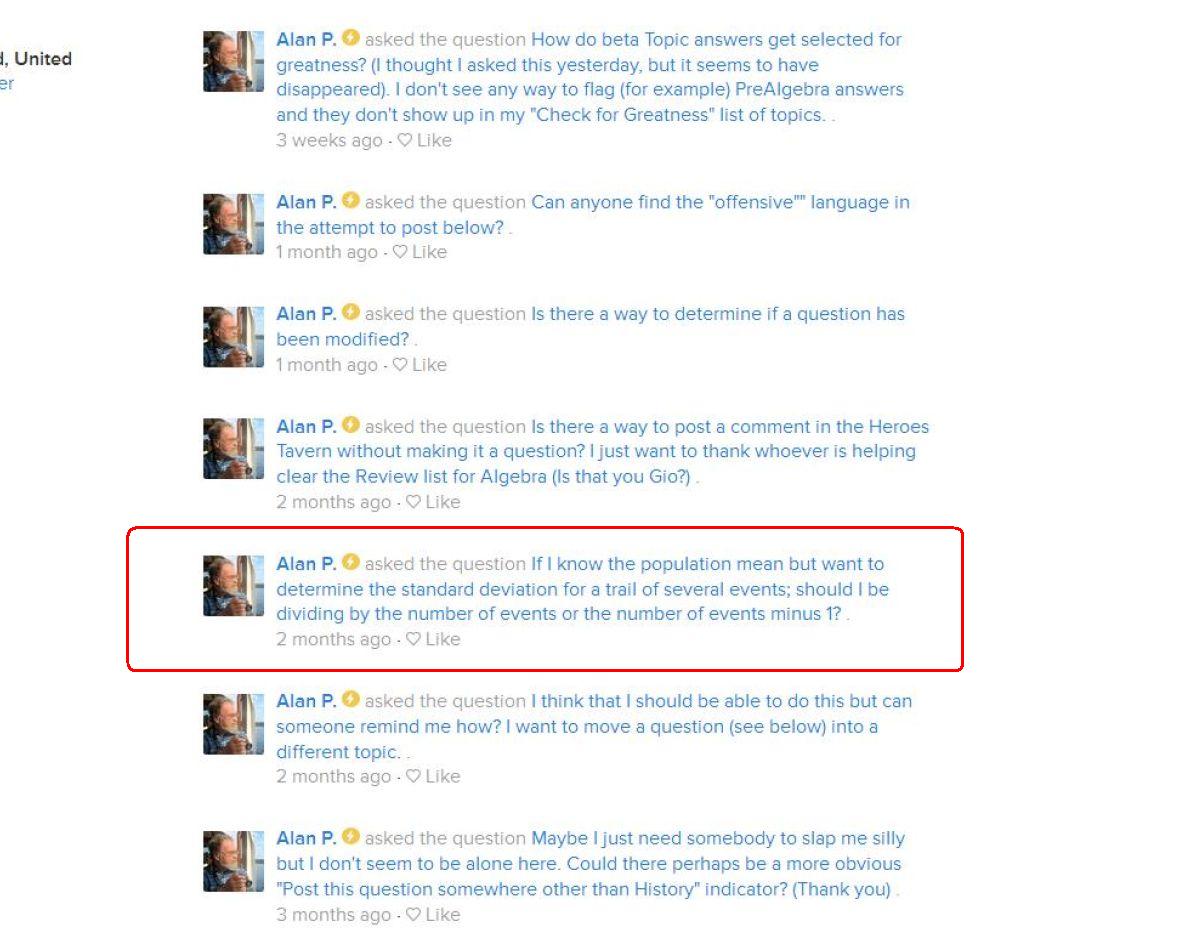 So this question was asked more than 2 months ago, and got bumped by someone who saw it floating around on the site.

Since I don't see why someone would hack the site just to post questions, I will assume that this at best a bug of some sort.

994 views around the world