If the government places restrictions on the sale of a good, what will happen to the good's supply?

The ultimate objective of a government restriction on a certain good is to reduce the Quantity supplied.

For example, Egypt's Balance of Payments is in severe deficit condition in favor to imports which in turn includes a lot of unnecessary goods such as dogs and cats nutrition topping billions of Egyptian pounds.

Now, serious talks are cracking around to put import restrictions on such good including the use of article 24 of World Trade Organization Treaty to impose custom tariffs and taxes. eventually pushing consumer sale price up.

so let us assume the simple demand and supply curve as follows:
Pe and Qe are equilibrium condition and the assumption is that the market is at this point before government restrictions applied. 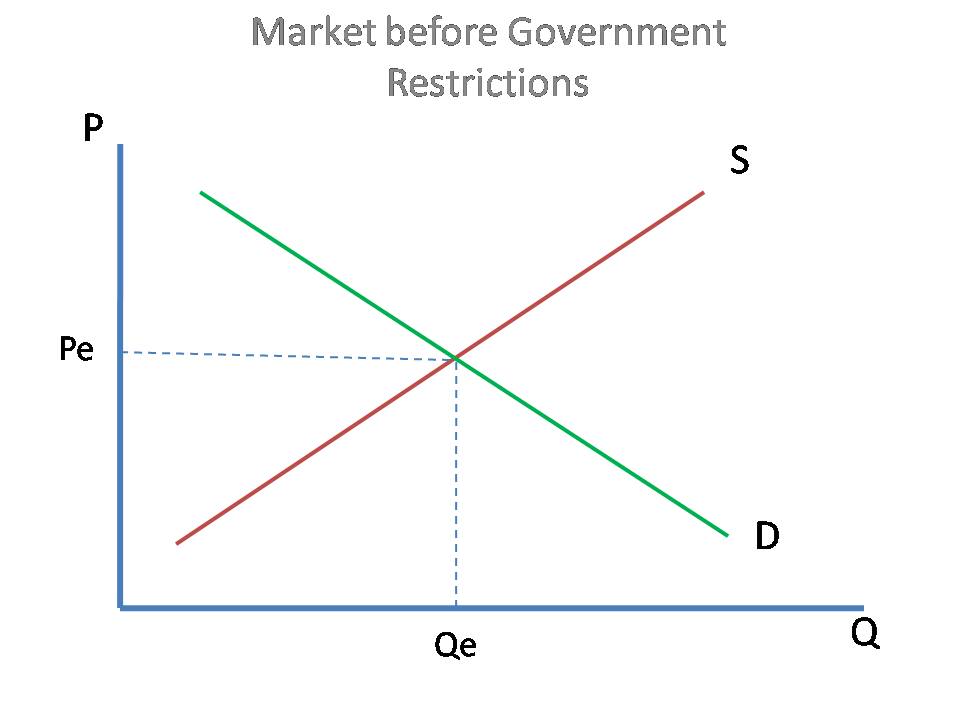 Now the government applies the restrictions in order to move quantity to Qr, eventually raising price to Pr and the entire Supply curve will shift upwards to Sr as follows: 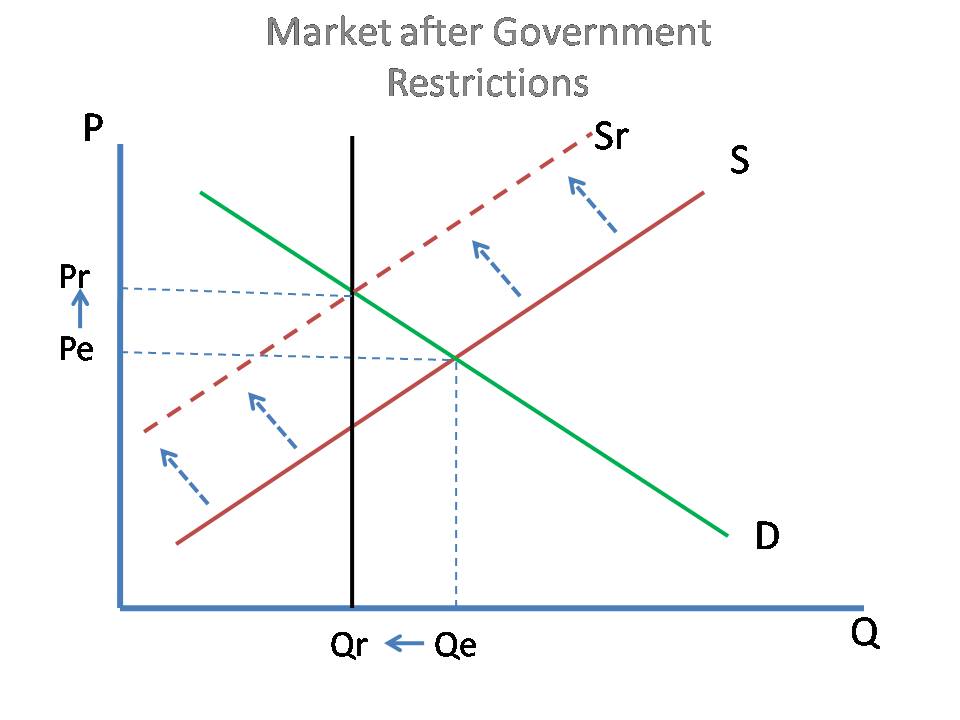 Now question rises over why would suppliers be encouraged to follow the usual trend of entering the market when prices go higher while quantity is already trimed by the government.

Well then here comes the illegal market and smuggling role, resale market also flourish in such conditions such as if more restrictions are laid upon Cars export. of course they all bounce back the price to a bit lower than Pr creating an actual equilibrium with higher quantity than government set target like the following: 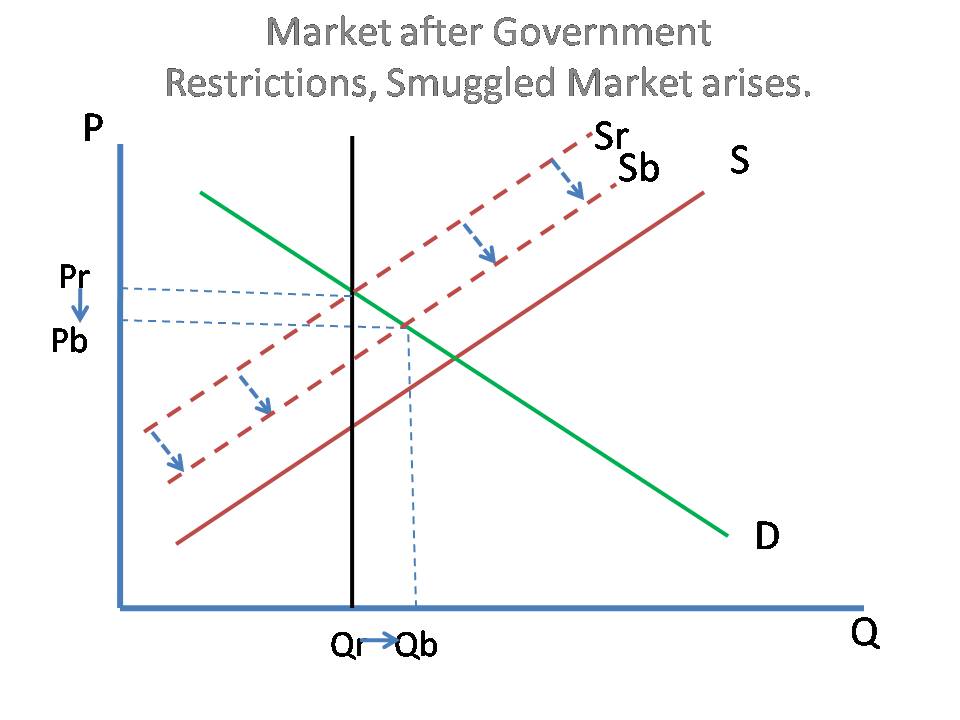 656 views around the world