In which constellation was the first black hole detected?

The first black hole was detected in the constellation Cygnus.

The object designated Cygnus X1 was the first object which fitted the characteristics of what was then a theoretic object known as a black hole. 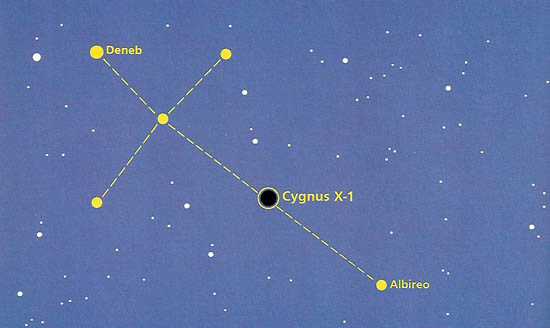 Black holes can emit large amount of energy due to matter forming an accretion disc of material falling into the black hole. Accretions discs can get very hot and emit radiation as a result.

Any apparently small object which emits large amounts of energy has to be the result of the collapse of a large star and can be a neutron star or a black hole. Cygnus X1 has been determined to be a black hole.

Since Cygnus X1 other black holes have been identified including the supermassive black hole at the centre of our galaxy.

See all questions in Black Holes

3193 views around the world