Nitrogen trifluoride, or , is a base.

Recall the definitions of acids and bases according to Lewis theory:

Now let us observe the structure of the molecule in question, nitrogen trifluoride: 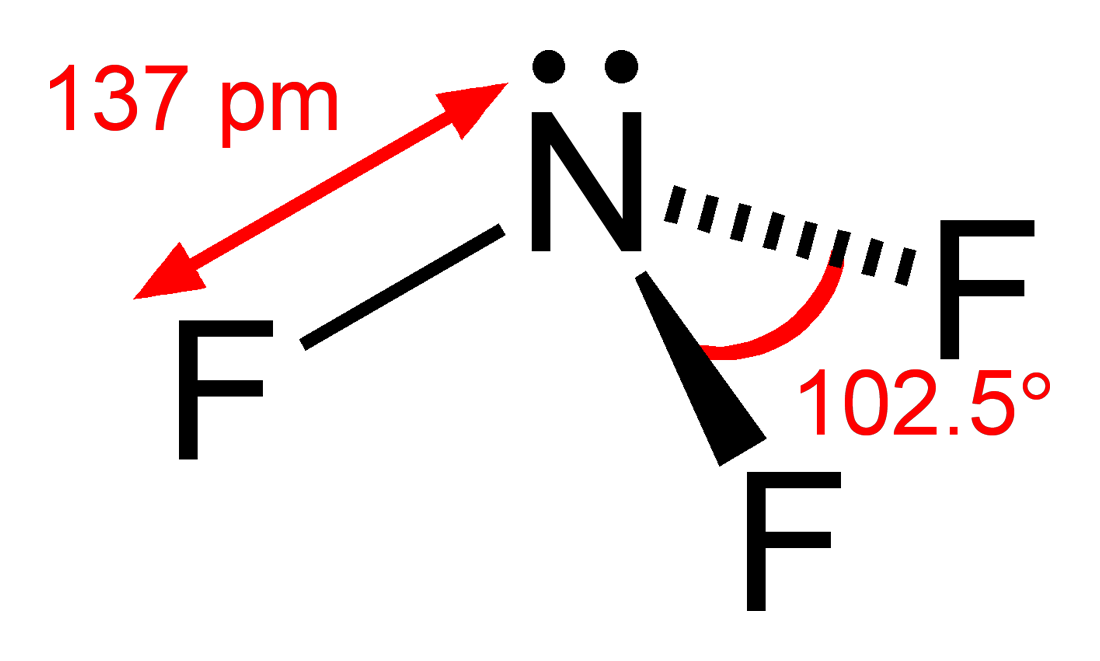 has a lone pair of electrons on the central nitrogen atom, giving it a trigonal pyramidal molecular geometry alongside the three bonds. The molecule is also able to donate this electron pair (such as when it forms the complex tetrafluoroammonium ion, ).

As such nitrogen trifluoride is a base according to Lewis theory. It is not able to accept electron pairs from other species and therefore is not a Lewis acid. This is not a hard-and-fast rule, as some species are capable of acting as both an acid and a base. This is known as amphoterism; water is an example of an amphoteric molecule.

It is very easy to apply Lewis theory to this example, and this theory is much more applicable in general than the alternative Brønsted–Lowry theory that discusses acid-base reactions in terms of the exchange of a proton - or an ion - in the process called protonation.

9389 views around the world