Is the caffeine molecule polar or non polar?

Yes, caffeine is a polar molecule.

As you can see from its structure here: 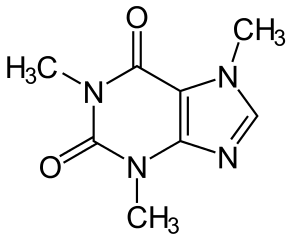 The Oxygen and Nitrogen molecules have a stronger polarity than Carbon, allowing them to slightly pull the electrons towards them in their covalent bond. This will give those atoms a slightly negative charge while giving the Carbon a positive charge. This is the exact definition of polarity itself.

A non-atomic way of figuring it out is by water solubility or oil solubility. Water is polar, oil is non-polar. Polar substances dissolve in each other and vice verse. Caffeine is water soluble.