Of the methods of warfare developed in World War I, which did traditional officers consider unfair and barbaric?

The first that springs to mind is chemical warfare (poisonos gasses) but, If I remember well, submarine warfare and submarines in general were considered unfair and barbaric even more!

I would choose "unrestricted submarine warfare".

Chemical warfare was first introduced on the battlefield of WWI by the Germans during the battle of Ypres.
The problem is that this was not very new, in fact, it was even contemplated (and forbidden) by the Hague Convention.

Basically, poisonous gasses were primarily used on the battlefield against soldiers, and both sides had chemical weapons. In theory the civilians were not supposed to be affected by this (this is only the theory, considering that the war was certainly fought near civilian areas anyway!).

Submarines on the other hand were considered "barbaric" because they would strike against military or civilian ships (Lusitania) regardless of the fact they had women or children on board ( unrestricted submarine warfare ).

The unfairness was considered because you could not see a submarine and so fight it (that, after all, was the idea of using submarines in the first place!) and so not very...sporty!

Submarines and submarine warfare was considered badly by "traditionalist". You can see this considering that up to the present day British submarines carry a "pirate" flag or "Jolly Roger" to remember that, at the start of their deployment in WWI, the high command considered them as pirates so that Admiral Sir Arthur Wilson, the First Sea Lord of the British Royal Navy, stated that submarines were:

" underhanded, unfair, and damned un-English", and that he would convince the British Admiralty to have the crews of enemy submarines captured during wartime be hanged as pirates ". 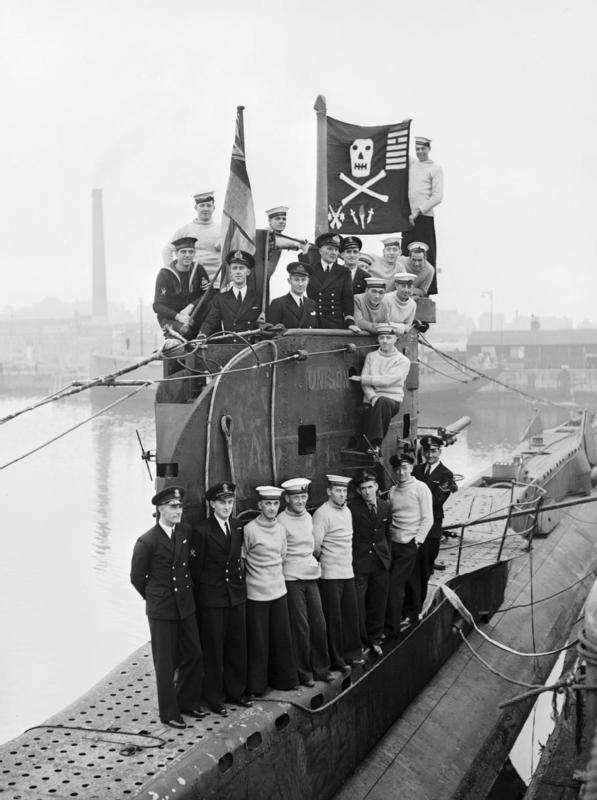 2411 views around the world