The diagram shows three circuits with identical batteries, identical inductor and identical resistors . Rank them according to the current through the battery ? 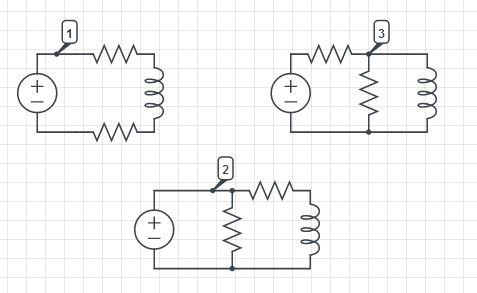 Pretty sure they're looking for a qualitative approach here as the maths is super-tedious, even with phasors. I have drawn them out in a slightly different way just to untangle. The numbers on the left match the numbers on the question, but I drew them in the order they actually appear in the question. 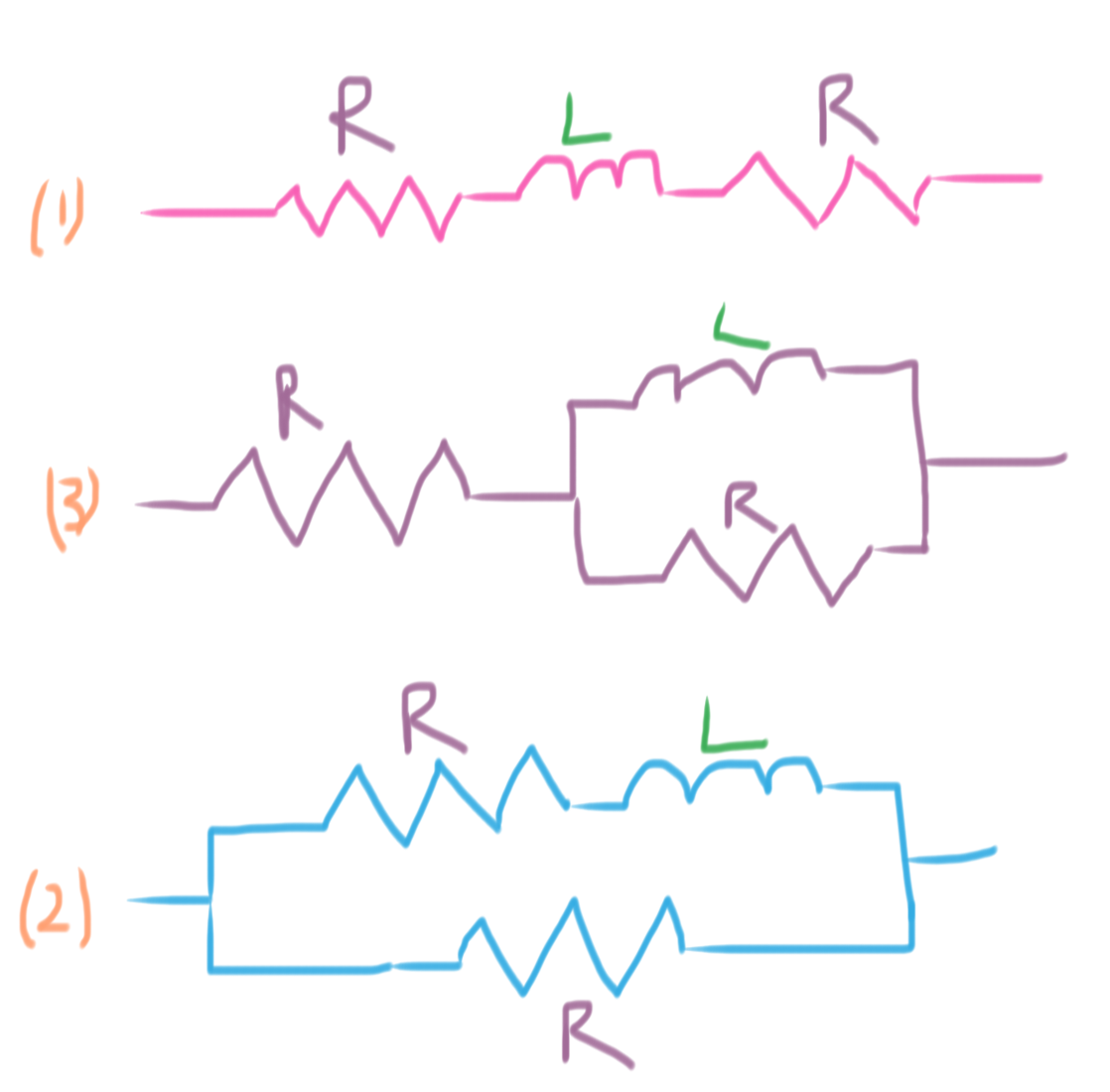 First thing that stands out is circuit (2). The whole PD is dropped over only 1 resistor in the bottom part of that parallel circuit. So the floodgates are open. There will also be current in the top half but that surely is the winner in terms of max current.

Next thing, look at (1). We have 2 resistors in series and an inductor that will create a back voltage. That seems pretty tough.

In (3), the inductor is also going to kick back, imagine it is super -effective. If so we can just short it and we have a combined series resistance of . If we do the same thing in (1), we have no circuit.

5607 views around the world