Using Hess' Law, how do you calculate the standard heat of formation of Copper(I) Oxide given the following data?

Hess' Law states that the overall enthalpy change of a process is independent of the route taken.

In thermodynamics we are interested in initial and final states.

You need to construct a Hess Cycle using the information given: 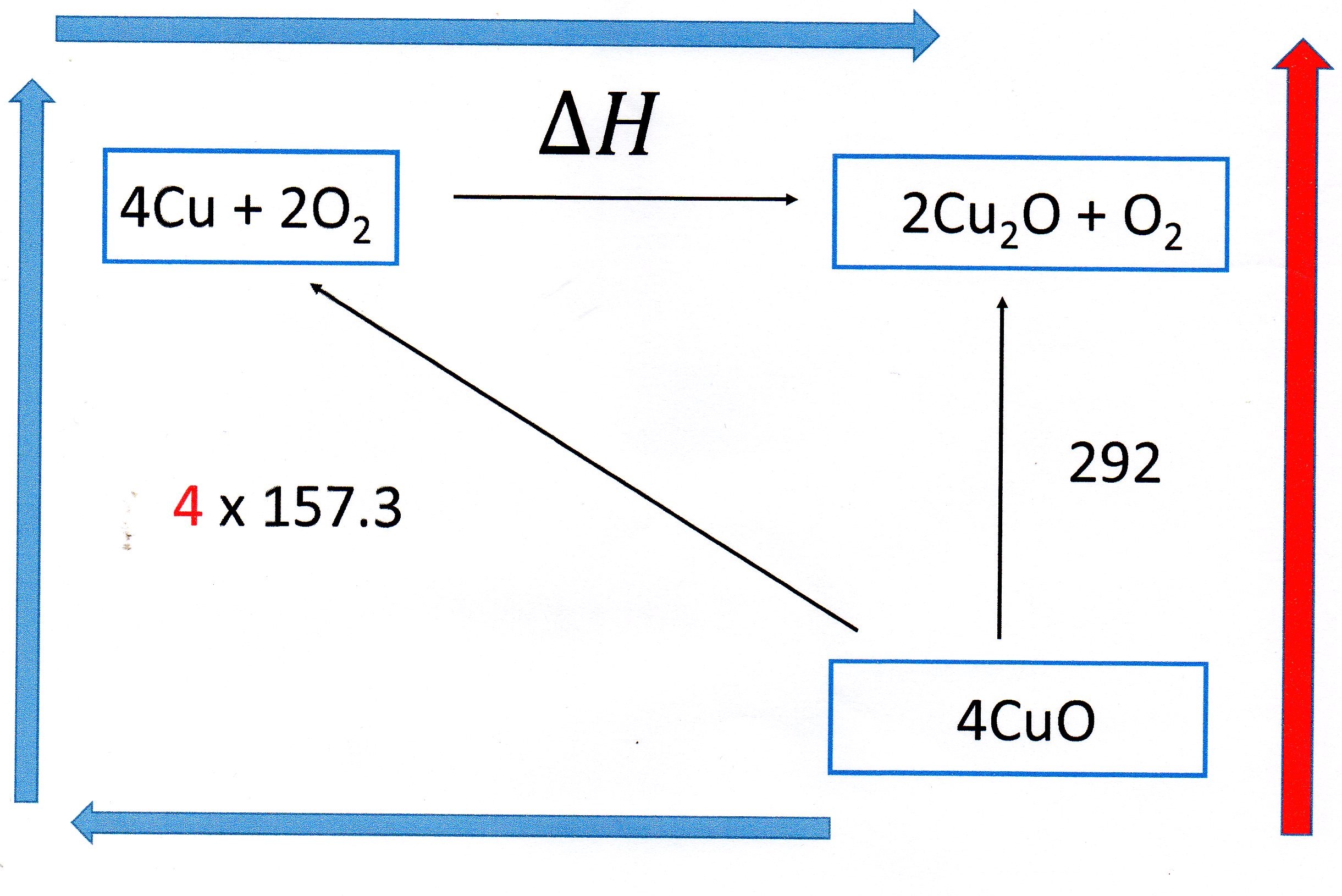 You can see that, in energy terms, the route is equal to the route as the arrows start and finish in the same place. This is in accordance with Hess' Law.

So we can write:

Enthalpy of formation refers to the formation of 1 mole of a substance from its elements in their standard states under standard conditions.

We have found for:

Which is the same as:

See all questions in Hess' Law

6157 views around the world