What are convection currents and what causes them?

Convection currents are an important form of heat transfer. Convection occurs when heat cannot efficiently be transferred through radiation or thermal conduction. In astronomy convection currents occur in the mantle of the Earth, and presumably some other planets, and the convection zone of the sun.

Inside of the Earth, magma is heated near the core, rises toward the crust, then cools and sinks back toward the core. It is thought that this motion is responsible for the movement of the Earth's crust.

In the sun, convection occurs when opaque gas absorbs energy emitted by fusion, heats up, and rises to the photosphere, where the energy is radiated into space. You can see convection cells in pictures of the Sun's surface. 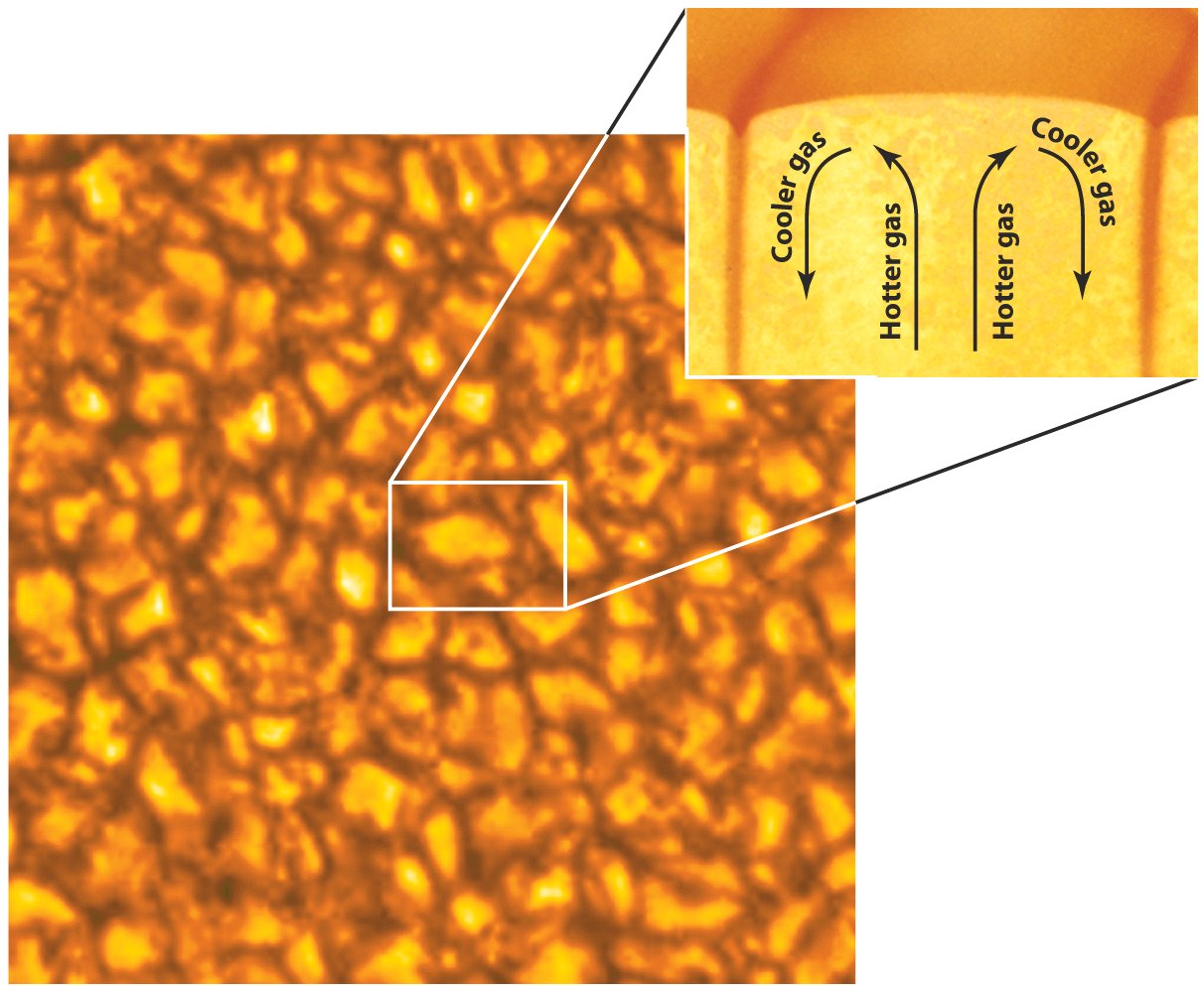 Convection also occurs in a pot of boiling water, or a convection oven