What are effective methods of polarization?

There are various methods to polarize a wave and, according to the wavelength, you'll use some of them.
For example, microwaves can be polarized using a metal grate similar to the one used to cook meat in a barbecue.
To polarize visible radiation you can use crystals like calcite or plastic filters called polaroids.
A very easy and practical way to polarize visible radiation (from the Sun for example) is through REFLECTION. 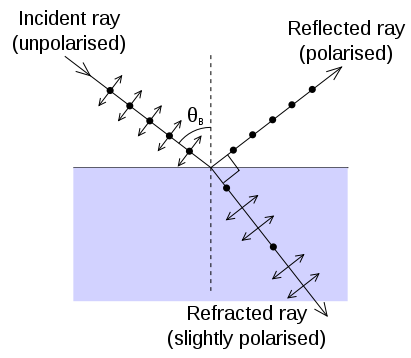 ( Source: Wikipedia)
During reflection, radiation emerges polarized according to the incidence angle. Maximum of polarization occurs when light forms a special angle of incidence with the surface, the Brewster's Angle. 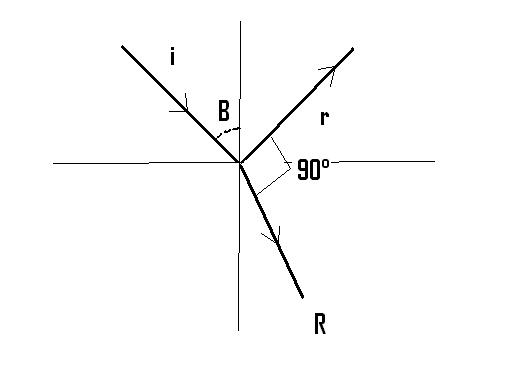 As you can see in the picture the Brewster's Angle, B, is obtained when the angle between reflected, r, and refracted, R is equal to 90°.
When you get this condition the reflected ray has maximum polarization.
But how do you evaluate this angle?
You use Snell's Law at the interface between the two media, 1 and 2.

but the refracted angle can be written as:
substituting in Snell's Law you get: 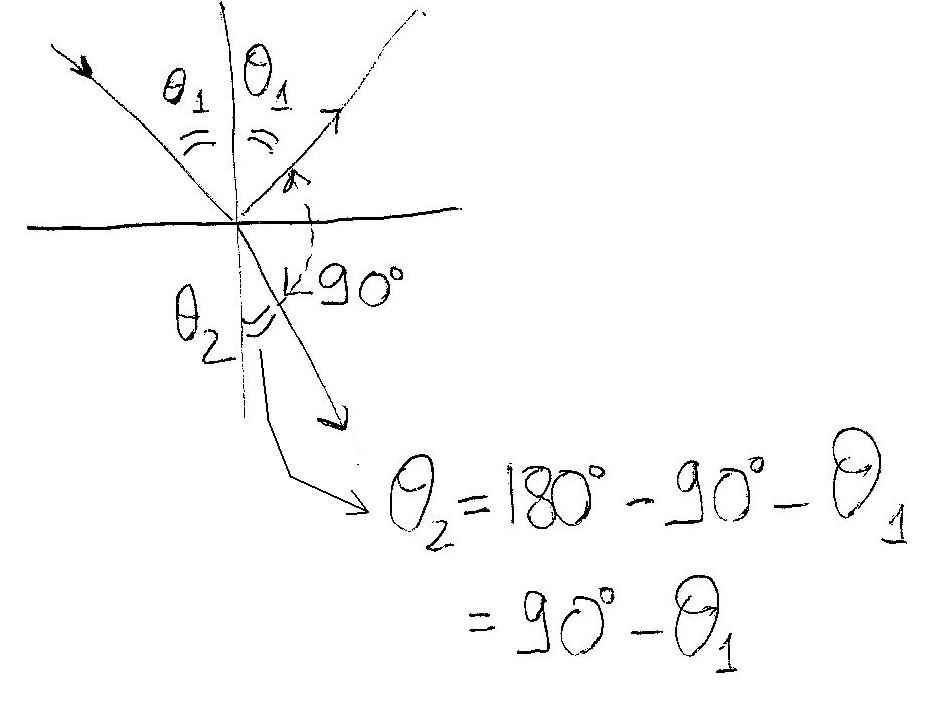 Rearranging and passing to inverse trigonometric function you get:
which is the Brewster's Angle.

You can see an example of this phenomenon when you look at light reflected by the windows of a car under the Sun in a parking . That is polarized light! If you try to see through a polaroid you'll be able to see the interior of the car!!!

2070 views around the world