What are some examples of carbon sources and carbon sinks?

Thanks so much for your help!

Carbon sources include emissions from burning fossil fuels, forest fires, and respiration. Carbon sinks include the oceans, the plants, and soil.

Carbon sources include emissions from burning fossil fuels, forest fires, and respiration. Carbon sinks include the oceans, plants, and soil.

This image shows sinks in blue and fluxes or changes in carbon in red: 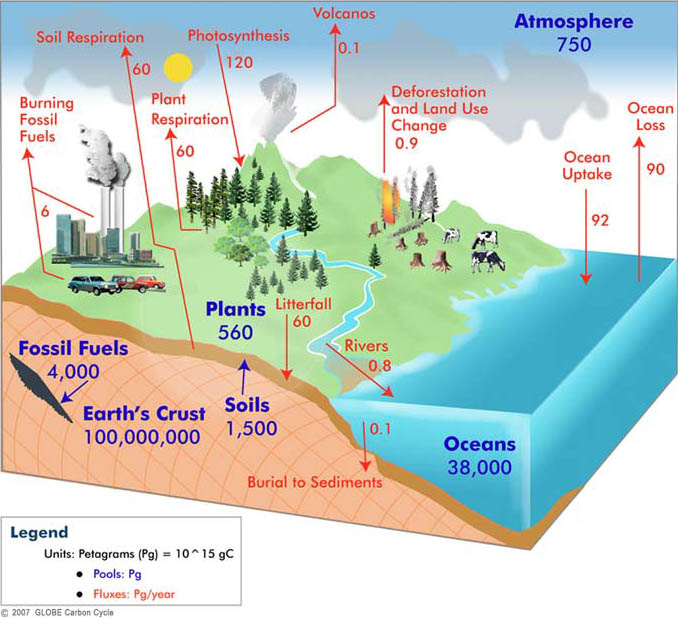 Typically, sources and sinks balance one another. For example, the carbon emitted during respiration is offset by photosynthesis (see the image above). However, the burning of fossil fuels is an important carbon source. 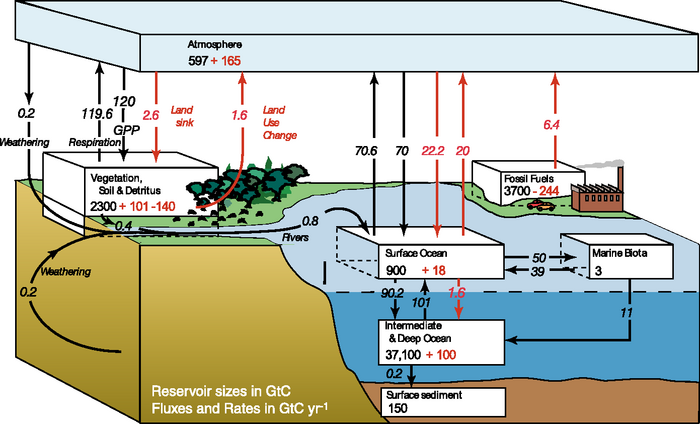 To learn more about carbon sources and sinks, see this page.

Check out this interactive carbon map by the GLOBE Carbon Cycle Project.