What are some examples of Juvenalian satire? 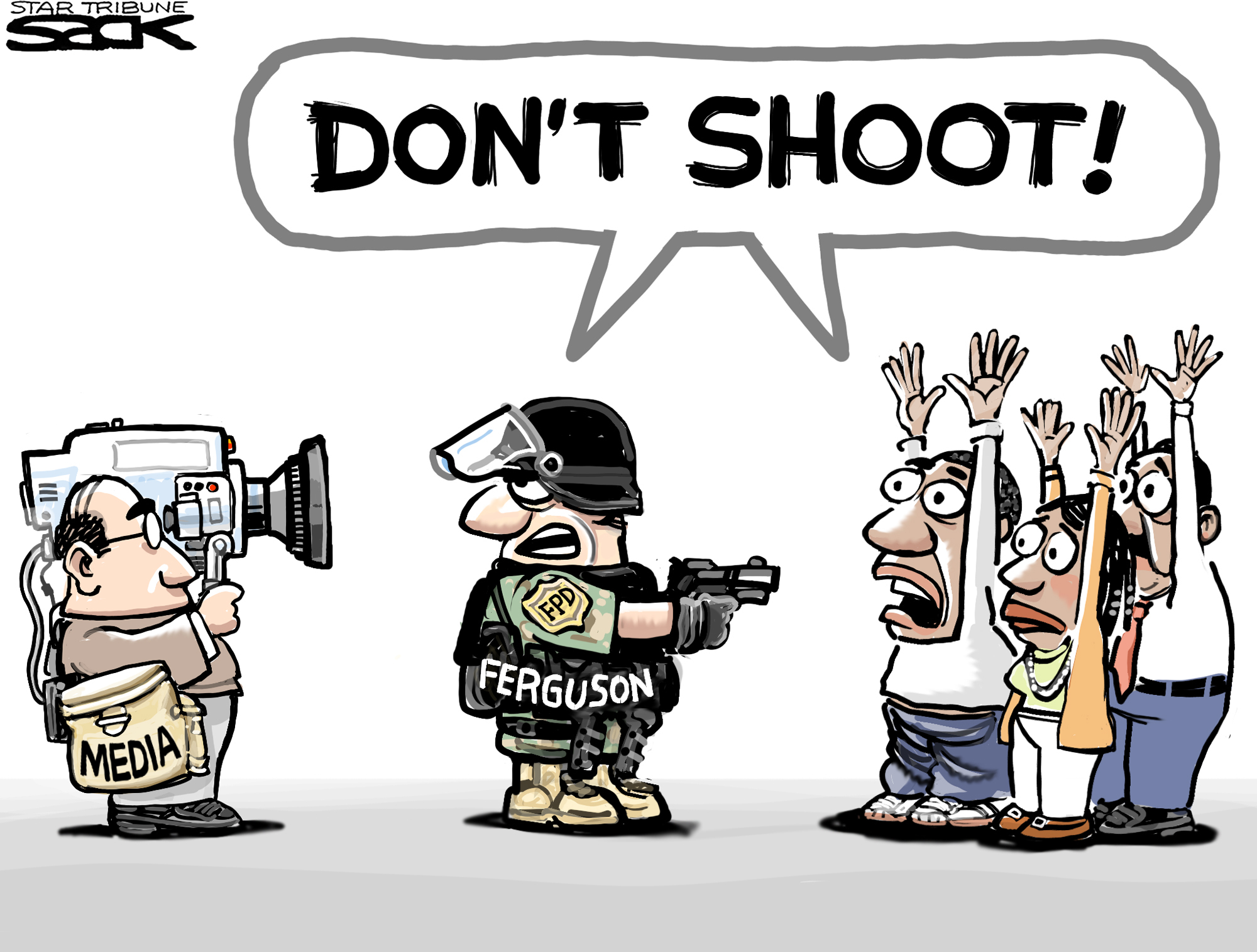 This image is juvenalian satire since it is definitely not funny and light-hearted, like horatian satire. It attacks the problem of the Black Lives Matter movement by displaying a policeman from Ferguson about to shoot three African Americans, while yelling at the media to stop filming. By showing the policeman and three victims screaming "Don't shoot," the author is clearly using juvenalian satire. 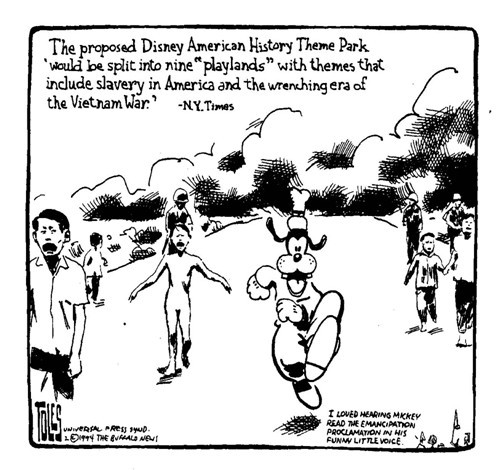 This image is juvenalian satire since it attacks the creation of the Disney American History Theme Park by mocking a photo from the Vietnam War. The author picks a gruesome picture and mocks it, by drawing Goofy into it, indicating the infiltration and incorrect way Disney is creating the Theme Park. Also, it's definitely not light hearted or funny. (So it's not Horatian) 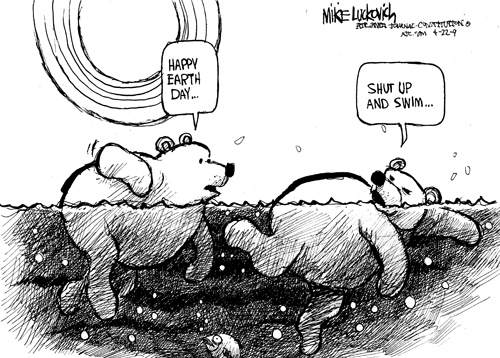 This image attacks the issue of global warming by showing two polar bears swimming in water, with the sun beating down upon them while one of them wishes the other "Happy Earth Day." This attacks the people who believe that global warming doesn't exist by displaying two bears that are swimming, with no ice or snow in sight. Plus, it's not light hearted and funny.