What are two driving forces of chemical reactions?

(Of course, we are not considering the kinetics of a reaction here as we are speaking of the ability of the reaction to occur, not how fast it occurs.)

Well, the THERMODYNAMIC driving forces of chemical reactions ought to give rise to their spontaneity, i.e. their thermodynamic ability to occur.

Let's assume you have never heard of , the Gibbs' free energy. We can still examine:

Every chemical process (where bonds are broken and made), such as a reaction, has an enthalpy value.

If it's negative, the result is more energetically stable because what was made has lost energy into the surroundings relative to what we started with. This is the case if the interactions formed are stronger than the interactions broken.

This is thermodynamically favorable.

Every chemical process (where bonds are broken and made), such as a reaction, has an entropy value as well.

If it's positive, the energy in the system disperses out into the surroundings. An analogy is that if we are talking about ideal gas particles, the particles spread out more.

This is thermodynamically favorable. 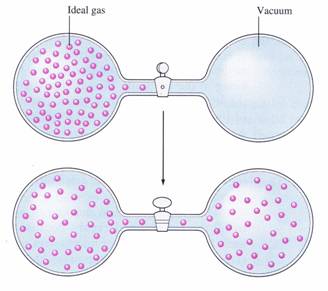 When both cases are satisfied, i.e. if the change in enthalpy is negative and the change in entropy is positive, the reaction is said to be spontaneous, and thus, enthalpy and entropy are the two driving thermodynamic forces of chemical reactions.