What aspects of wave interactions are responsible for rainbows?

Reflection, Refraction and Dispersion are the main phenomena that concur to produce a rainbow.
A ray of light interacts with a water droplet suspended in the atmosphere:
First it enters the droplet being refracted;
Secondly, once inside the droplet, the ray interacts with the interface water/air at the back of the droplet and is reflected back: 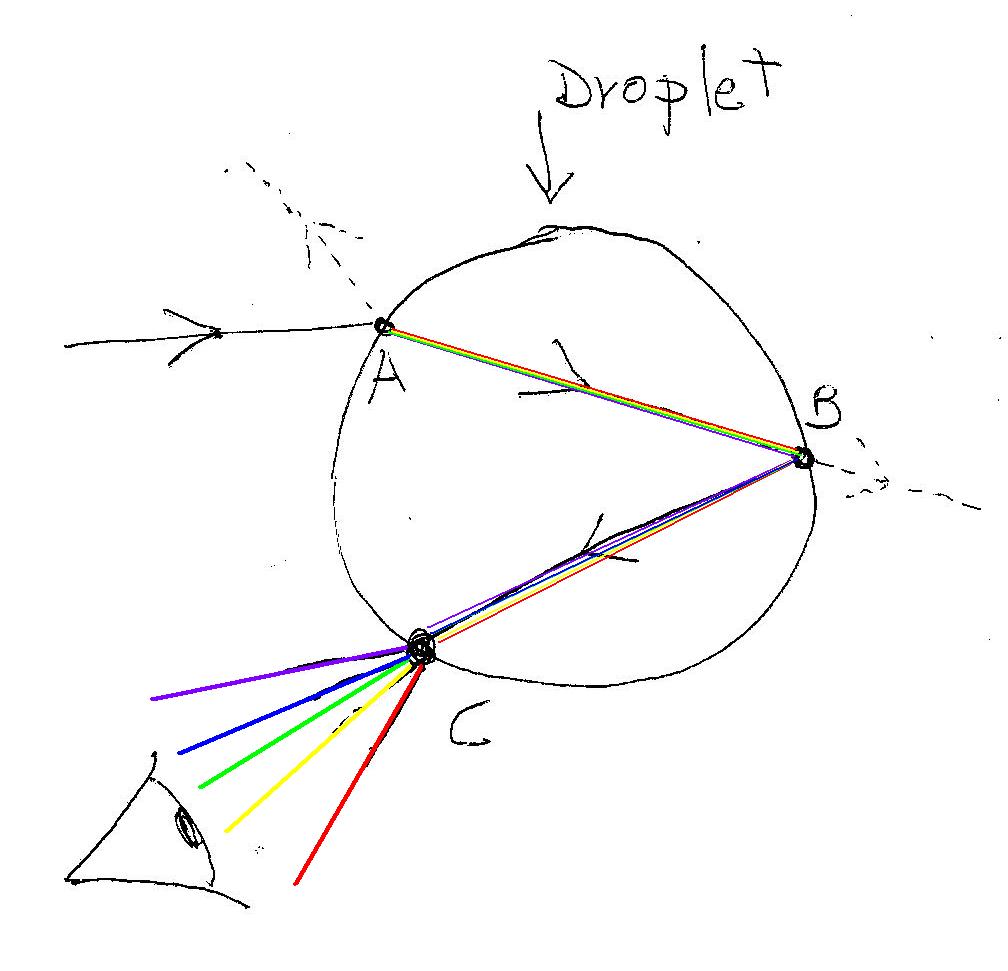 The incoming light from the Sun contains all the colours (i.e. wavelengths) so it is WHITE.

In A you have the first interaction. The ray interacts with the interface air/water. Part of the ray is Reflected (dotted) and part is refracted and bent inside the droplet.

Inside the droplet Dispersion occurs. The velocity of the chromatic components of the ray (the various colours) varies according to their wavelength.
Basically the velocity inside a medium of, say, RED depends upon a number called Refractive Index . This number is slightly different for each colour. This slight variation causes a difference in the bending of the various chromatic components inside the droplet. So, for example, RED is bent less than BLUE.
You can understand this by having a look at Snell's Law for refraction and the dependence of the bending with refractive index. 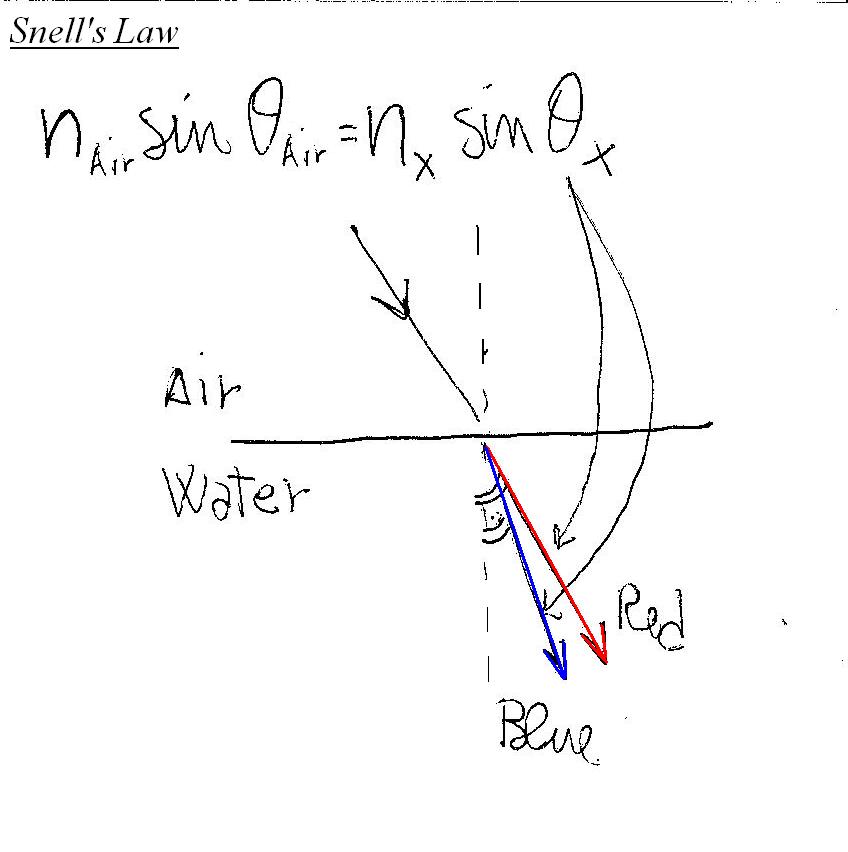 In B the light ray, that now is dispersed, interacts with the interface water/air. Part of it passes into air (dotted) and part is reflected back inside the droplet. This reflection increases even more the separation effect of dispersion, due also to the curvature of the surface of the droplet where reflection occurs.

In C the now separated chromatic components undergo another refraction, increasing even more the separation between them.

You may see a secondary (fainter) rainbow together with the first, as shown to by René Descartes: 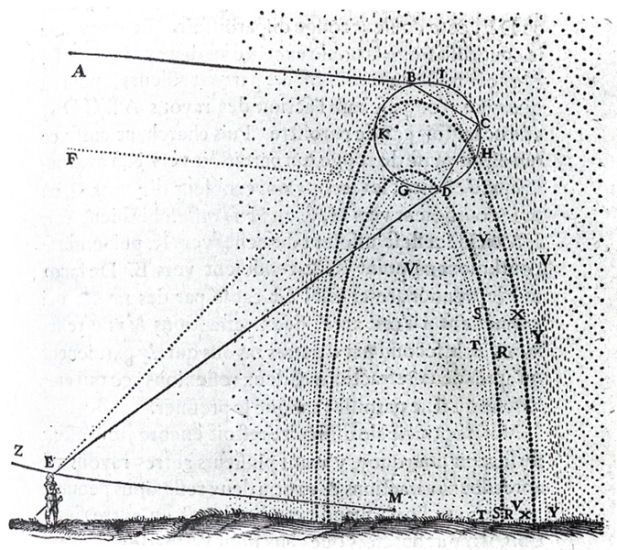 See all questions in Wave Interactions

2529 views around the world