What climate type is found in Los Angeles and describe its major characteristics?

Los Angeles is classified as a warm Mediterranean climate. A Mediterranean climate is a specific type subtropical climate characterized by a dry summer, with a rainy season in the winter, and moderate changes in temperature between the seasons (you won't need a winter coat).

The summer months in LA are typically hot and very dry (it usually doesn't rain during the summer and temperatures exceed []).

Winter months are mild and snow is incredibly rare however temperatures usually fall below freezing on at least one night per year.

Despite the fact that winter is LA's rainy season, LA averages only 15 inches (381 millimeters) of rainfall annually (to put things in perspective the average annual rainfall for all US cities is 30.2 inches [767 millimeters]).

Below is an image of an abating storm -red sky at night, sailors' delight! 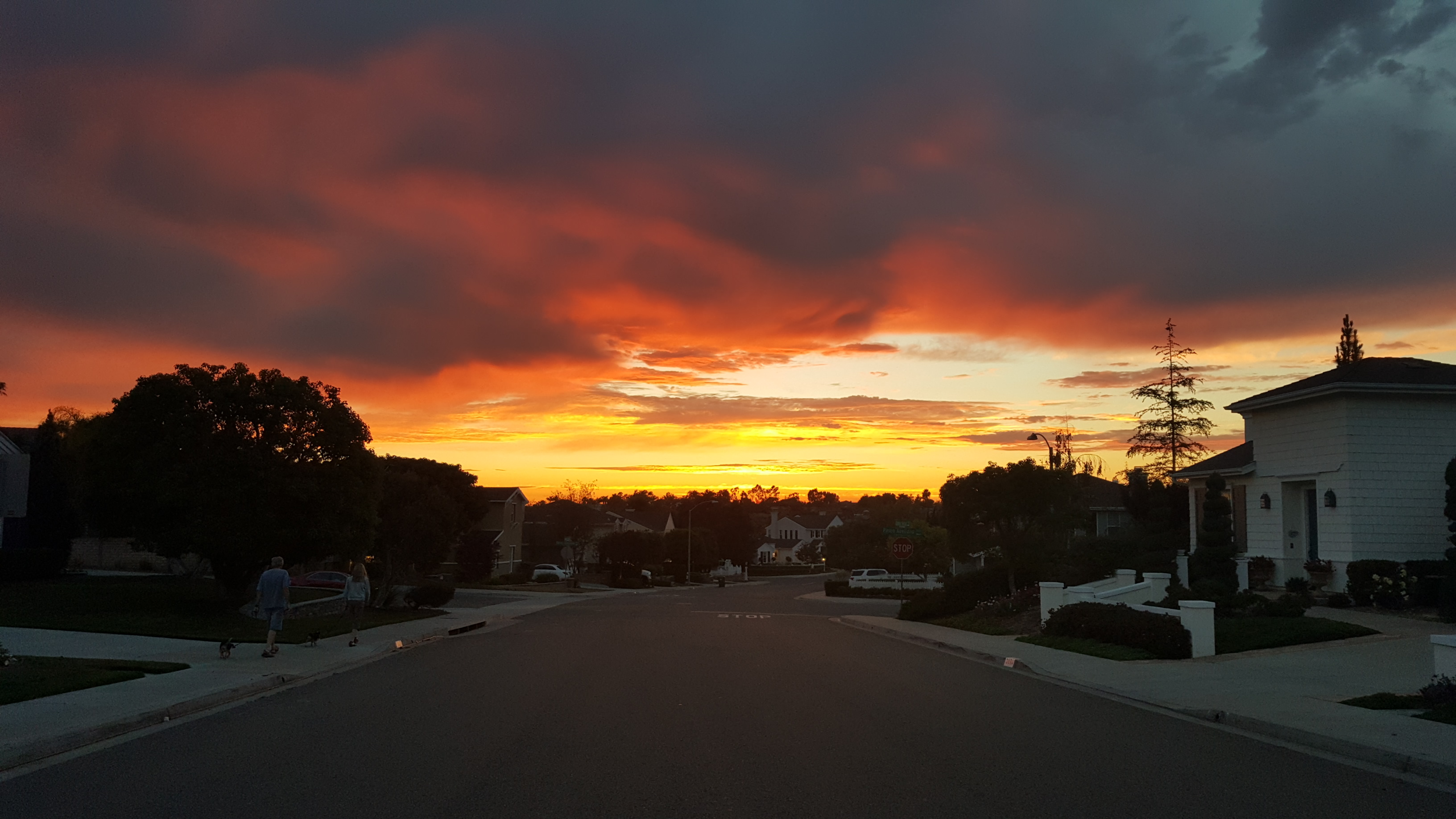 Santa Anas are strong (40 mile per hour [or 64 kilometers per hour] plus), hot, dry winds that blow from east to west (us weather nerds like to call them katabatic winds). These winds are the result of cold air from Canada moving into the high desert regions of the Great Basin (Nevada and Utah) which displace the hot dry air to southwest into the lower-lying region of Southern California. These weather events usually last for about a week or so.

This isn't Los Angeles (it's San Diego a large city about 100 miles south of LA) but the same concept applies, this was taken during a rare wintertime Santa Ana. 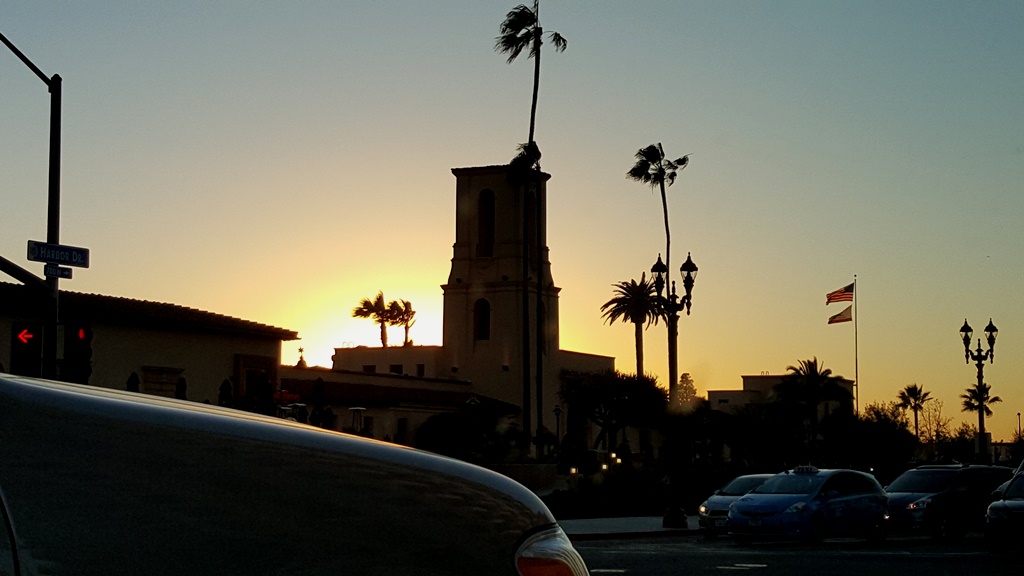 Santa Anas typically occur, but aren't specifically relegated to, the final months of the summer and are common through the end of autumn (though they can occur at any time of year). These winds result in a dramatic increase in temperature (in the summer temperatures can reach [] and in the rare event that one occurs in the winter temps can exceed []). Along with an increase in temperature Santa Ana's cause a drop in humidity (typically below 10%, it literally feels like you're getting sandblasted). 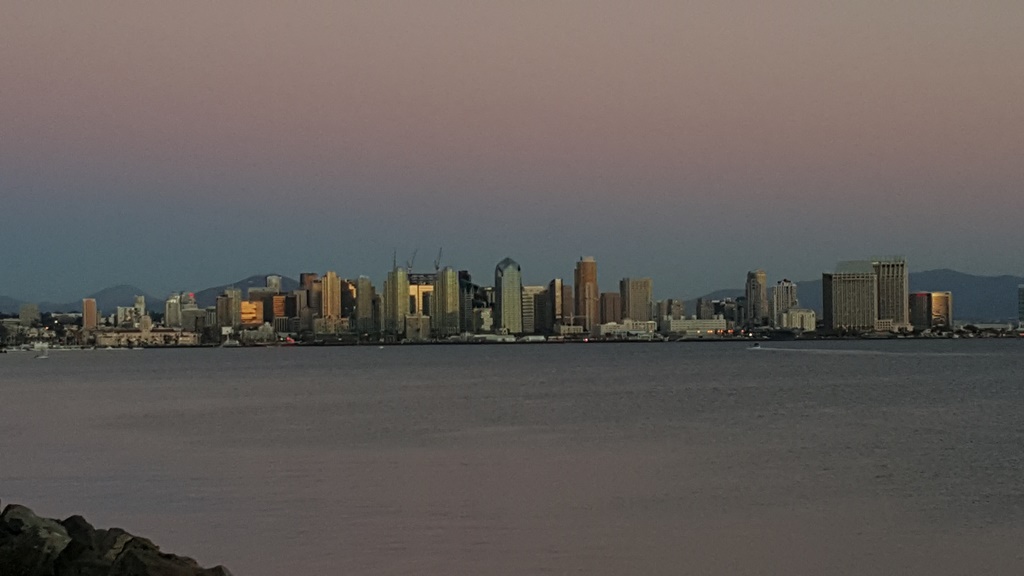 The image of the palm tree in the article I wrote here.

Thanks to the dry climate wildfires are a constant threat to Los Angeles and Southern California which can easily get out of hand. Luckily Southern California has firefighting crews who work tirelessly to combat and prevent them from occurring and spreading.

LA has variable terrain which aids in the creation numerous microclimates throughout the Los Angeles region. In the summer months the inland valleys to north (such as Laurel Canyon and Studio City) can be as much as () warmer than the coastal regions (such as Santa Monica) due to the lack of onshore flow (winds that blow from the ocean). The converse is typically true for the winter months where the temperatures in the coastal regions are typically warmer than those in the inland valleys. These valley areas are typically dryer than the coastal regions year-round because the surrounding hills can inhibit fog, which is also common not just in LA but in all of coastal California, from settling in the region as readily as in coastal regions.

The two images below are prime examples of the oh-so-ubiquitous California fog (I wasn't driving, don't use your phone while driving, for cereal don't). 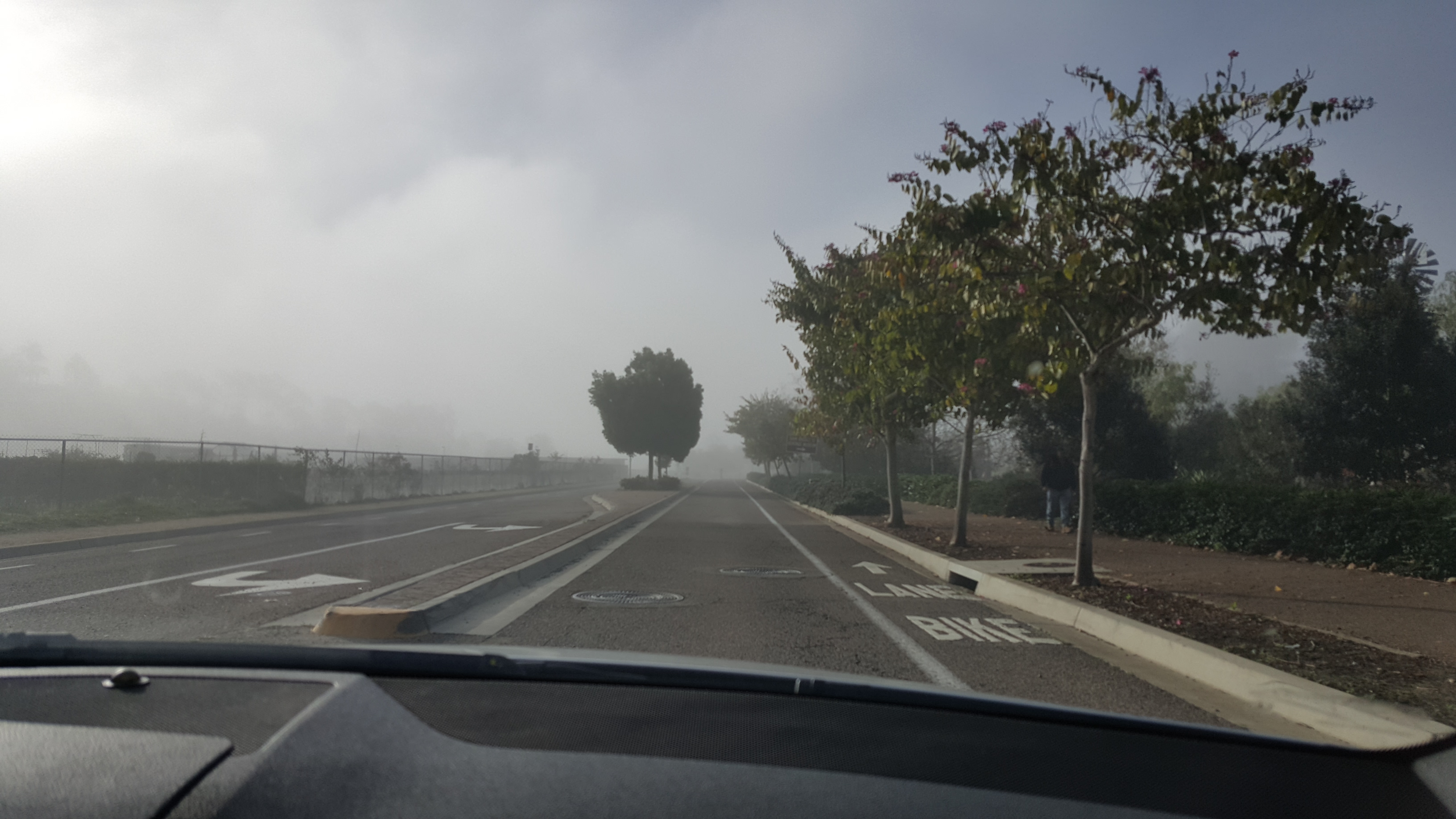 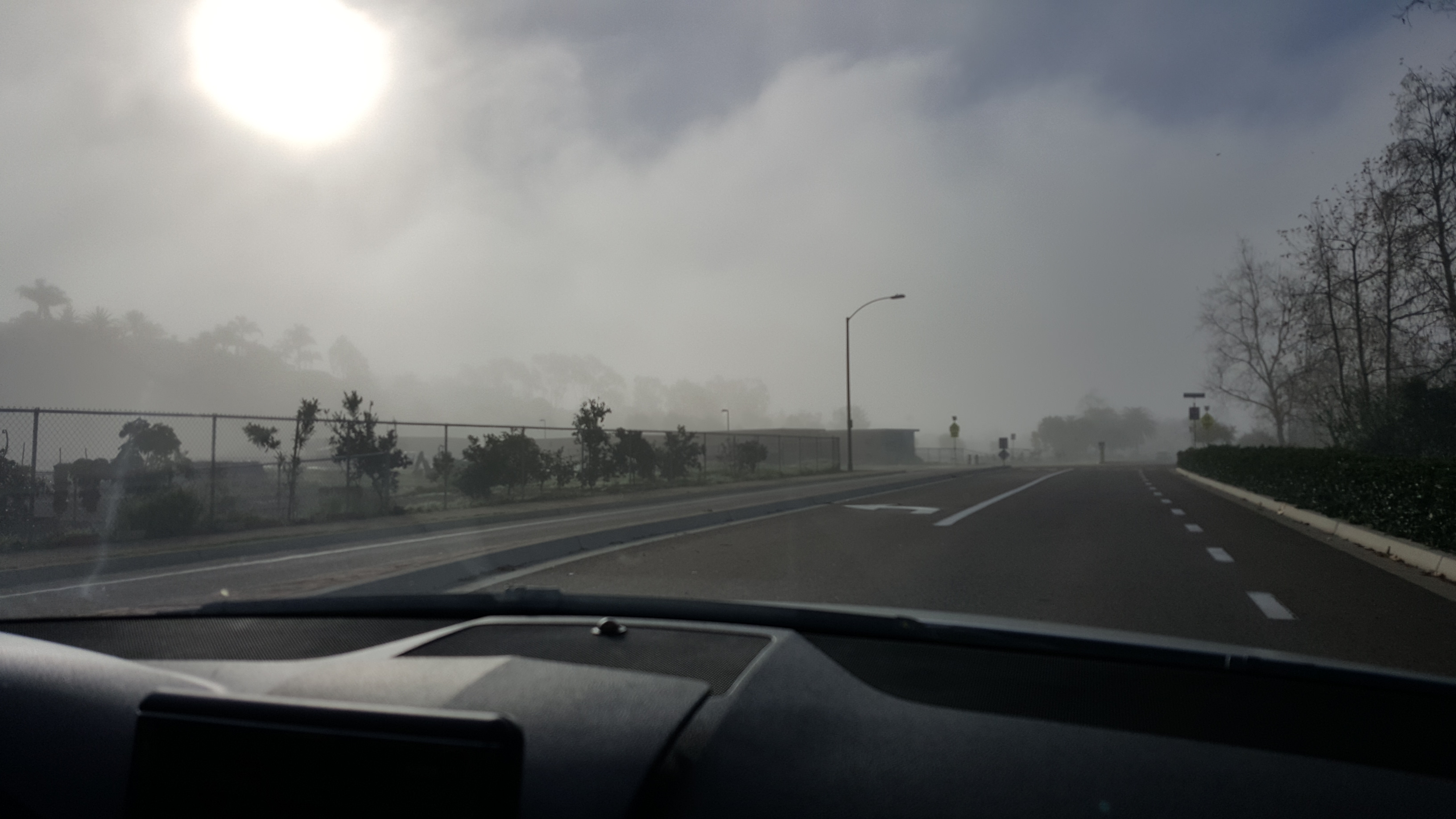 I know this is a lot of info but I hope it helps!

3211 views around the world